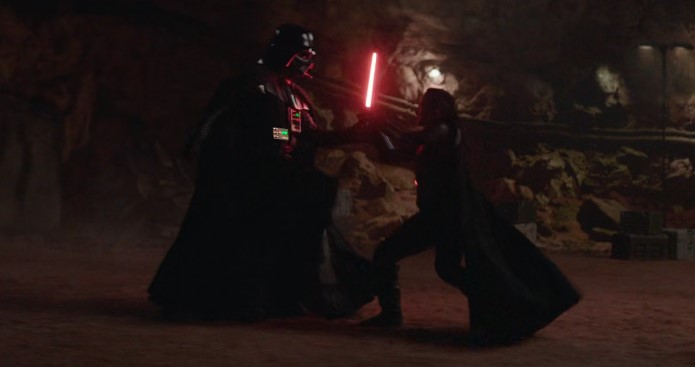 Reva was one of the breakout characters for Obi-Wan Kenobi, and the series ends with her fate up in the air. What’s interesting is, her arc could have ended pretty shortly.

Talking to The Direct, series writer Stuart Beattie explained that he originally planned for Reva not to know Darth Vader’s identity, and she would then die consciously by his hand. Bettie explains:

“Yeah, except the only little difference in mine was she didn’t know Darth Vader was Anakin. Cause I was like, ‘How’d she know that?’ All she saw was Anakin as Anakin because he hadn’t changed in the suit yet, right? So Anakin killed her friends, put the scar on her, almost killed her, left her for dead, basically. So, in her mind, the Jedi Council were the biggest villains in the galaxy. She believed the lies that they were plotting a coup to overtake and get power and all that, but they were stopped by the Clones. So she believed that’s why she’s hunting Jedi, because she believed the Jedi are the worst, basically.”

The series goes another direction by making Reva’s goal killing Vader by getting close to him, which she still fails. She then runs off to Tatooine to try and murder Luke as some kind of revenge on Anakin. Beattie continues:

“Because I figured, ‘How would she know that this thing in a mechanical suit that everyone calls Darth Vader is the guy who killed her, or tried to kill her?’ So, it was Obi-Wan kind of letting her in on that secret and that revelation that makes her kind of go, ‘Oh my god, I’ve been wrong this whole time.’ And so she goes and basically saved Kenobi by sacrificing herself, telling Vader, ‘I killed Kenobi.’ And then Vader killed her, [with her] knowing that Vader would kill her. So, that kind of completed her arc. So just a little bit different that she was, yeah, absolutely, the Inquisitor hunting Kenobi all the way through and driven by her own personal demons.”

Admittedly, the reason she knows his identity is still kind of clunky, but the revision gives a reason for Luke to be part of the finale, and we get to see Owen and Beru play their part in the protection of Luke.

For now, Reva’s character is free to go where the writers choose, but she will have to be on some kind of redemption arc because she was still hunting Jedi way before she decided to stop fighting.

Hopefully a second season of Kenobi gets announced, or better yet, a movie.