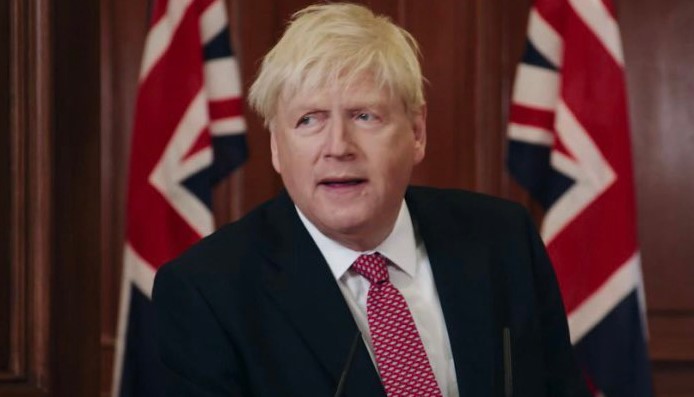 After his success with Belfast, Kenneth Branagh is now looking to go the biopic route with Sky TV’s upcoming limited series This England.

In This England, Branagh has been cast to play Prime Minister Boris Johnson and how he tackled the first wave of the COVID-19 pandemic. Watch the teaser:

We don’t really get a good look at the entire show, but the thing that will have everyone questioning the series is Branagh who is absolutely unrecognizable as Boris Johnson. While Branagh has covered his face before with his ridiculous Hercule Poirot moustache, you wouldn’t be able to tell it was him if the credits didn’t say so.

As per The Playlist, the series is only set to run for five episodes, and Branagh will be joined by a cast that includes Ophelia Lovibond, who plays Johnson’s wife Carrie Symonds; and Simon Paisley Day who will be Johnson’s Chief Advisor, Dominic Cummings.

The series was also said to be originally titled This Sceptered Isle, but I guess This England had a more snappy ring to it. We don’t know when we’re going to get a better look at the show, but with a fall release, I suspect we could get something around July.

Admittedly, the pandemic isn’t over yet, and there is a lot of criticism being thrown at the show for coming out ‘too early’, but if Netflix can release something like The Bubble, I think audiences are ready for another look at the pandemic and the people who were involved when it came to fighting it.

This England premieres on Sky TV later this fall.