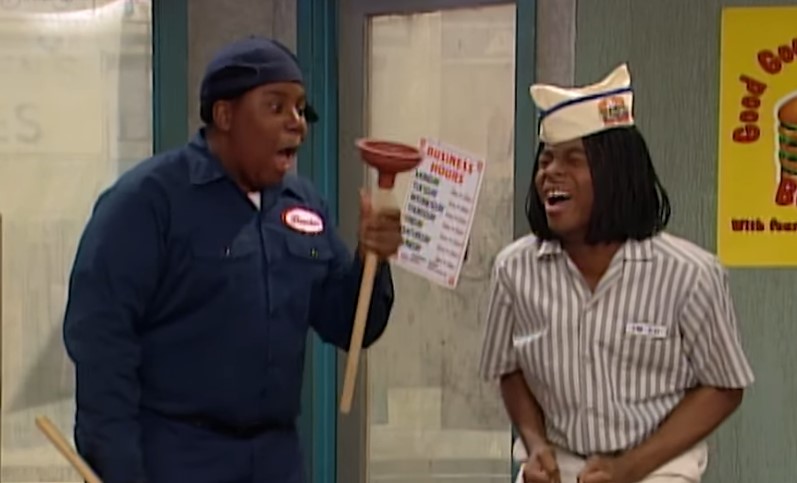 Before he was doing skits for Saturday Night Live, Kenan Thompson was making us laugh with the kiddie-version of the show All That. What’s interesting is, Nickelodeon apparently wants to reboot the show for a new generation, and Thompson has been asked to come onboard.

Variety writes that Thompson is currently attached to the All That reboot as an executive producer, and it’s also likely that he could come back to play old characters along with his former cast members. Brian Robbins, who helped create the show back in the 90s, also had this to say about the reboot:

“We think there’s a great opportunity to find the next pool of stars… We want to bring the show back in a real fun way. This summer, we are going to bring back a lot of the original cast and the cast through the years, and let them introduce the new cast of ‘All That’ to the world.”

It’s worth noting that this show was also responsible for getting Thompson into acting. This would eventually allow him to spinoff with co-star Kel Mitchell for their hit show Kenan & Kel. One particular All That sketch was also able to form basis for a movie—Good Burger.

When it comes to working on All That again, Thompson had this to say:

“It means everything to me… It was my first job that I ever had. It gave me an opportunity.”

With Nickelodeon visiting some old property, I’m just hoping that they manage to make All That as fun for the kids as it is for the adults who used to watch the show. No release date has been set, but hopefully we get an update before the year ends.