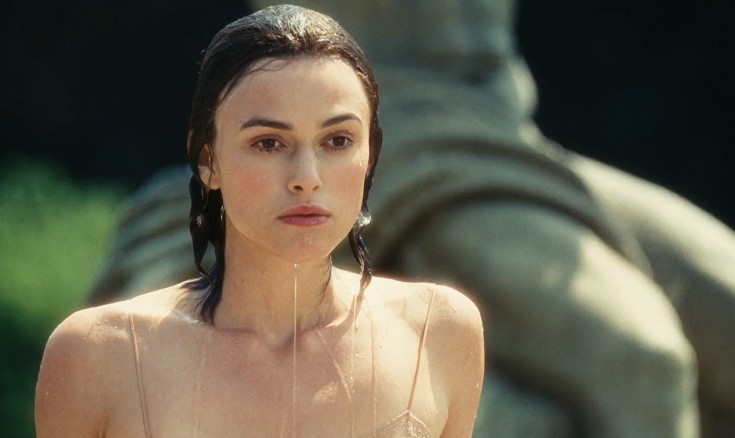 Keira Knightley has not been as active in films when compared to her Pirates of the Caribbean days, but she remains to be a Hollywood icon best known for her impressive looks. Though she had done nude scenes before, the actress has revealed that she is applying a no nudity clause in future projects—with one very special exception.

Talking to director Lulu Wang for the CHANEL Connects podcast (via the Los Angeles Times), Knightley revealed that she would only be doing nude scenes as long as the director is female. Knightley says:

“If I was making a story that … was about the journey of motherhood and that journey of body accept[ance], I’m sorry, but it would have to be with a female filmmaker… I don’t have an absolute ban. But I kind of do with men.

Who are the new heroines? Actress Keira Knightley joins auteur Lulu Wang for an intimate conversation about what's next for women in film on the new podcast series CHANEL Connects.

Listen now on wherever you get your podcasts or https://t.co/duXsfYKgQW#CHANELConnects #CHANEL pic.twitter.com/9DgUsfJTxD

It’s also worth noting that Knightley has also decided on this new rule because of the #MeToo Movement and how it drew attention to the lack of women behind the scenes. Knightley continues:

“As the actor, you don’t have the power… If you’re lucky, you’re working with collaborative people who want to have the discussion, and that’s why they’ve brought you into the piece. But, ultimately, the buck doesn’t stop with you. It’s the director, then, really, the producers, the executive producers, who really have the final say.”

For now, Knightley has opted to have body doubles fill in for her more intimate scenes, such was the case of her recent movie The Aftermath. While Knightley’s body is a huge factor when it comes to her stardom, it’s very nice to see that she’s using her assets to help empower women behind the scenes.

Catch Knightley in her more recent films like The Aftermath and Misbehaviour.