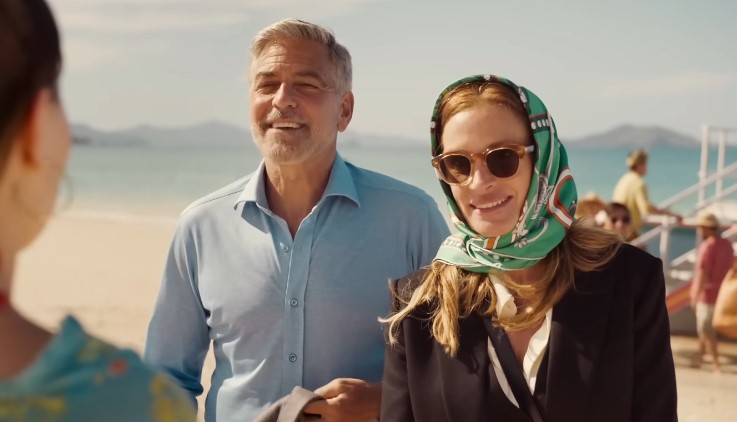 Julia Roberts and George Clooney may be considered A-list actors who only work on ‘serious’ films, but once in a while, you have them in some lighthearted comedy set in a tropical resort.

Watch the two play bitter divorcees that have to play nice in Ticket to Paradise:

Academy Award® winners George Clooney and Julia Roberts reunite on the big screen as exes who find themselves on a shared mission to stop their lovestruck daughter from making the same mistake they once made. From Working Title, Smokehouse Pictures and Red Om Films, Ticket to Paradise is a romantic comedy about the sweet surprise of second chances.

Besides Clooney and Roberts, the movie also reunites Booksmart co-stars Kaitlyn Dever and Billie Lourd. We already know that Clooney and Roberts are seriously talented actors, but Dever and Lourd have also proven to be some great up-and-coming talent. Hopefully they can keep up with the likes of the two Academy Award-winning leads.

If you ask me, the film looks like your pretty standard vacation comedy, and you can probably swap out the leads with Adam Sandler or Jennifer Aniston. My guess is that Clooney and Roberts’ characters will find a way to fall back in love with each other, but seeing that that would be incredibly predictable, I’m open to director Ol Parker to try and surprise the audience with this film.

Ticket to Paradise is set for a release on Oct. 21.