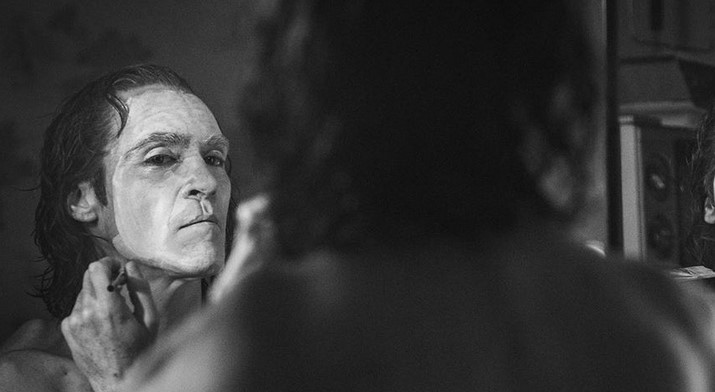 After Shazam!, the only other DCEU movie coming out this year is Todd Phillips’ Joker, and it looks like the movie is almost done with post-production. Just in, Phillips’ has shared this new still of Joaquin Phoenix in character with the caption, “Finishing touches.”

With the movie set to come out in October, it’s likely we could get a new trailer drop soon. My guess is that we’ll get something come SDCC in July, but I wouldn’t be opposed to WB dropping something within the month. After all, they could spend SDCC marketing Wonder Woman 1984 instead, or maybe Matt Reeves’ Batman movie.

Going back to Joker though, I have to say the my opinion of the film has changed greatly the more I see of it. Whereas I was scratching my head (along with some other fans) that DC would make a Joker film in an alternate timeline, I’m no fully onboard with these one-offs and an hoping for some more in the future. How fantastic would a Red Son Superman movie be? How about a full on horror movie with Batman: Crimson Mist?

Failed comedian Arthur Fleck encounters violent thugs while wandering the streets of Gotham City dressed as a clown. Disregarded by society, Fleck begins a slow dissent into madness as he transforms into the criminal mastermind known as the Joker.

For now, all we have to wait for is Joker, and the movie comes out Oct. 4.