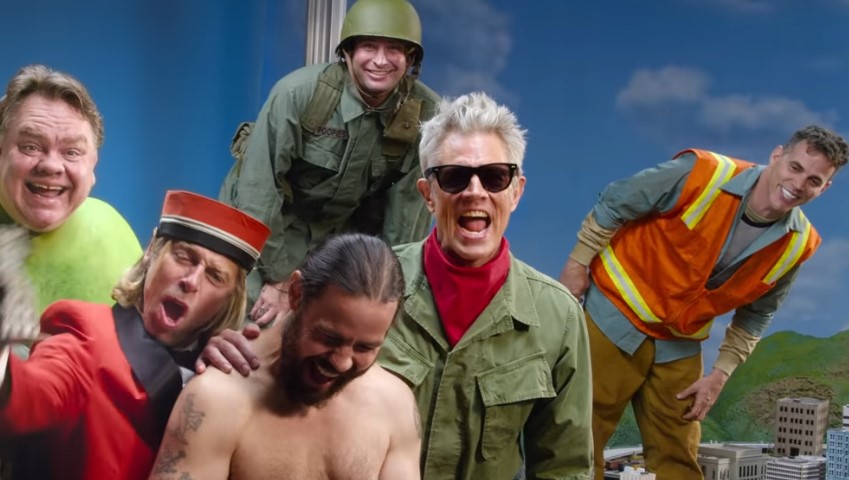 Ever since Jackass 3D came out in 2010, a lot of fans thought that Johnny Knoxville, Steve-O, and the rest of the gang were finally done with their silly antics. But a decade later, the kids are back with some new faces for Jackass Forever, and we have a new trailer.

Celebrating the joy of being back together with your best friends and a perfectly executed shot to the dingdong, the original jackass crew return for another round of hilarious, wildly absurd, and often dangerous displays of comedy with a little help from some exciting new cast. Johnny and the team push the envelope even further on October 22 in jackass forever.

Though it’s great to see the rest of the original crew return, there is a sore spot in the sense that original Jackass member Bam Margera will be absent from the film. Reports back in May had revealed that director Jeff Tremaine had filed a restraining order against Margera who allegedly had a substance abuse problem on the set, and his refusal to go into rehab is what got him kicked out of the film.

Though I understand that Bam is gone, I would have loved an update on his parents Phil and April who had been the butt of jokes in previous Jackass movies. The crew may not have been able to make a piece with Bam, but hopefully there’s room for even one small cameo from the older Margera’s.

With the crew already reaching middle age, it’s very worrying to see them hurth themselves onscreen. Then again, this will be the last movie, and it’s still chockfull of the colorful gags that the series has been known for.