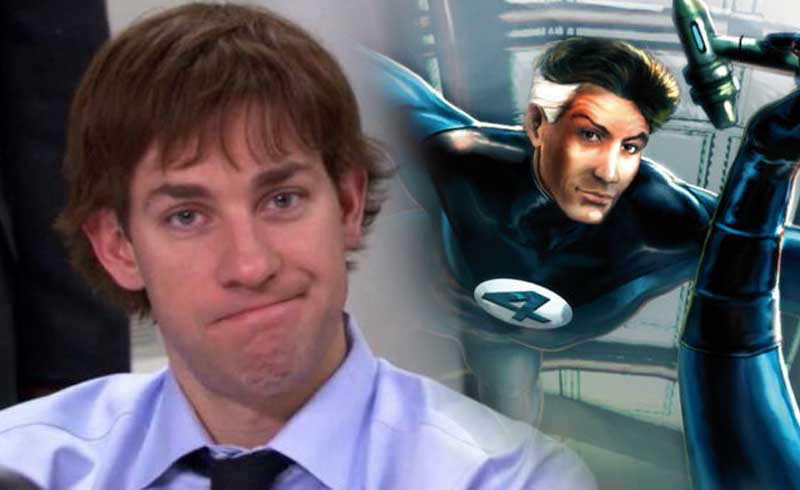 John Krasinski may have lost the Captain America role to Chris Evans, but fans now want him in the MCU as Mr. Fantastic. What’s interesting is, rumor has come out that Krasinski could be joining the Marvel universe pretty soon.

According to The GWW, Marvel is apparently booking multiple virtual meetings amidst the pandemic, and one guy who they’ve been in conference is none other than Krasinski. We don’t know what they want Krasinski to do with the MCU, but it’s said that he ‘discussed a multitude of projects during their meeting.’

While I’m not too keen on having Krasinski direct a film yet, I would definitely love to see him onscreen as a character. No doubt he would make a great Mr. Fantastic, and a lot of people actually want his real-life wife Emily Blunt to play the part of Sue Storm. It’s perfect casting for a franchise that relies so heavily on the concept of family.

As for the Thing and the Human Torch, some fans would want Dacre Montgomery (Stranger Things) to take on the part of Johnny Storm. And while I wanted David Harbour to be Ben Grimm, I guess Marvel will have to find someone else since Harbour is  playing the Red Guardian for Black Widow. If there’s one thing that I would love though, I want Thing to be brought to life with prosthetics rather than completely CG like Korg or Fant4stic’s Thing.

We don’t know what project Krasinski met up for, but for sure fan interest is piqued. Marvel Phase 4 kicks off with Black Widow on Nov. 6.