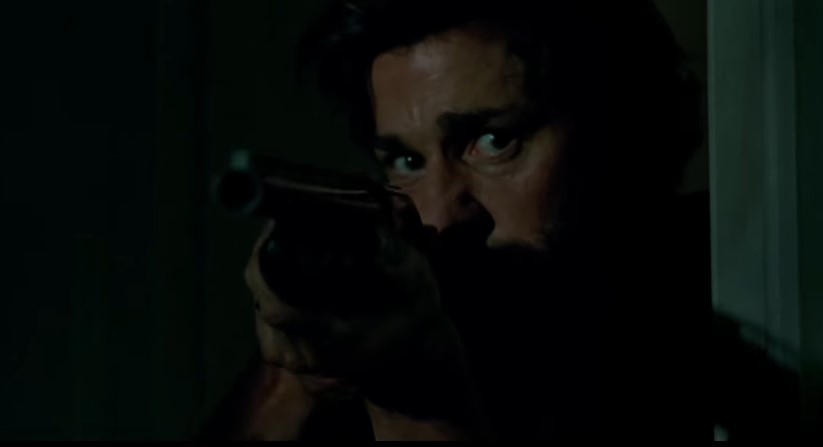 John Krasinski has gone a long way from playing Jim in The Office, and he’s become quite the action man since the show ended. Now he’s starring alongside his wife Emily Blunt in this cool-looking movie from Paramount—A Quiet Place.

Those who have survived live by one rule: never make a sound.

It’s also worth noting that Krasinski is also directing this movie. After Jordan Peele made Get Out, what is it with comedy men making horror films?

The story comes from Bryan Woods and Scott Beck whose biggest credit is probably their work on the horror/thriller Nightlight. Krasinski has also made his own tweaks to the script as he’s also credited as a writer. Michael Bay is also attached as producer.

Looking at the trailer, I can say that the premise is definitely interesting. We’ve seen several post-apocalyptic movies, but none of them have ever given us a premise where the protagonists have to stay completely quiet. I’m interested to see how this world comes to life, and how Krasinski’s family has taken measures to survive whatever they’re running from. It’s like Stranger Things meets Don’t Breathe.

As for the ‘no talking’ premise, it’s funny because there’s an episode in The Office where Krasinski’s character Jim is forced not to talk over a “jinx.” This movie looks like the apocalyptic horror retelling of that episode.

A Quiet Place comes out April 6.