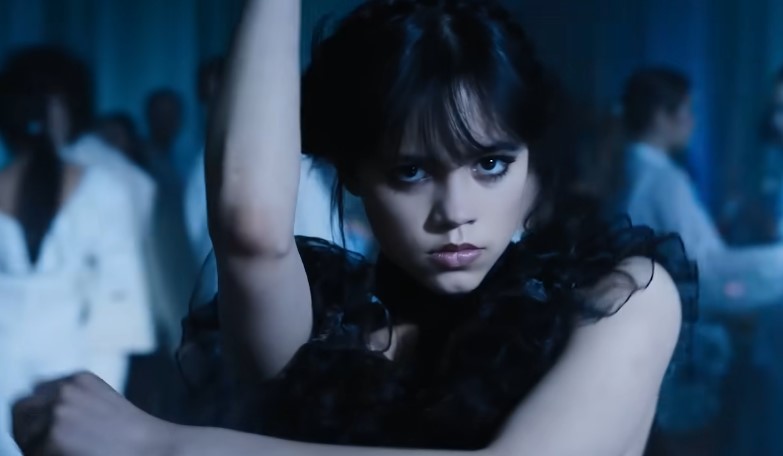 Wednesday Addams has mostly been portrayed as this deadpan, stoic character, but a lot of people were caught off guard with a scene from Netflix’s Wednesday where Jenna Ortega starts dancing all kooky during a sequence.

This scene in particular:

As it turns out, Ortega herself came up with the moves, and she did so by studying goth dance clubs from the 80s. Here’s her post:

Thanks to Siouxsie Sioux, Bob Fosse’s Rich Man’s Frug, Lisa Loring, Lene Lovich, Denis Lavant, and archival footage of goths dancing in clubs in the 80’s. Helped me out on this one. https://t.co/zlxlv1JUW4

The clip has actually gone viral online, with some people parodying it on TikTok. Besides the influence from goth culture, some fans have pointed out that some of the moves are call backs to the original Addams Family films like the dance between Gomez and Morticia, and there’s also a small hint at the ‘Wednesday Dance’ from the original Addams Family series from the 60s.

So far, a lot of fans have been loving Wednesday, and though some of the plot points can seem a tad high-school, I think it’s great way to introduce younger audiences to the odd humor that The Addams Family has been known for. Hopefully this means we could get a rebooted film soon, but I guess just a show with Wednesday is fine.

Here’s the official description for Wednesday:

The complete first season of Wednesday is now streaming on Netflix.