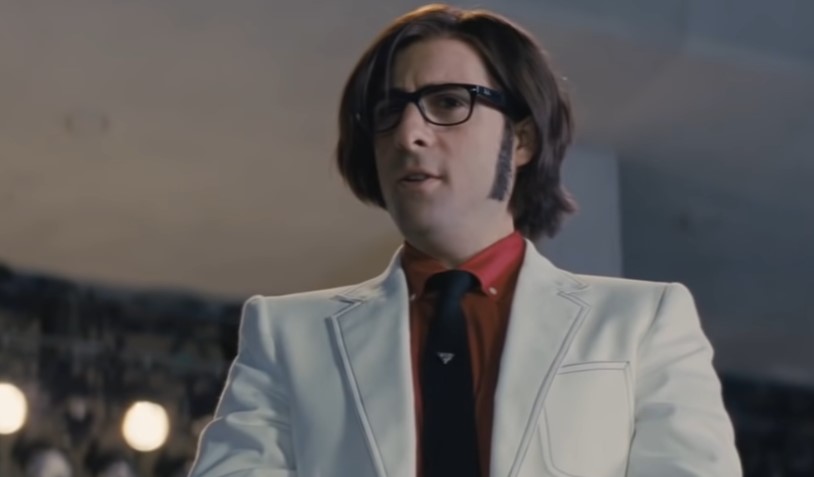 Looks like the players of the Hunger Games prequel have slowly been gathering. After news of Hunter Schafer joining the cast of Songbirds and Snakes last week, the film has found someone to play the host of the 10th Hunger Games.

According to The Hollywood Reporter, Jason Schwartzman (Scott Pilgrim vs. The World) has been cast as Lucretius “Lucky” Flickerman, host of the 10th Hunger Games and possible ancestor to the original trilogy’s Caesar Flickerman.

In the original Hunger Games, Caesar Flickerman’s job was to help ‘sell’ the Tributes to the audience by making them more likeable and bringing out their best during interviews. While Flickerman was a voice of the Capitol, it was said that there was some sympathy directed toward his character because he had also helped the Tributes cope with the Games.

We don’t know exactly how Schwartzman will pull of his Lucky Flickerman, but I imagine he’s also going to be decked in colorful outfits and brushing off the notion of a brutal death like it was nothing.

“Years before he would become the tyrannical President of Panem, 18-year-old Coriolanus Snow is the last hope for his fading lineage, a once-proud family that has fallen from grace in a post-war Capitol. With the 10th annual Hunger Games fast approaching, the young Snow is alarmed when he is assigned to mentor Lucy Gray Baird, the girl tribute from impoverished District 12. But, after Lucy Gray commands all of Panem’s attention by defiantly singing during the reaping ceremony, Snow thinks he might be able to turn the odds in their favor. Uniting their instincts for showmanship and newfound political savvy, Snow and Lucy’s race against time to survive will ultimately reveal who is a songbird and a snake.”

The Hunger Games: The Ballad of Sonbirds and Snakes comes to theaters on Nov. 17, 2023.