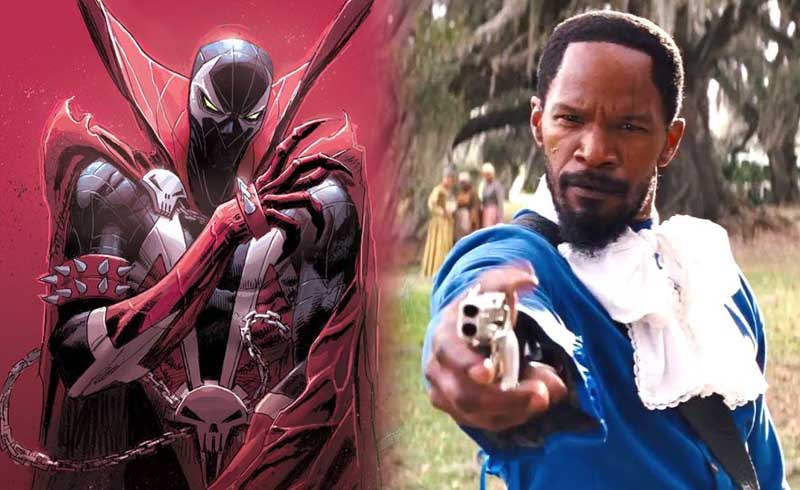 Todd McFarlane has been teasing an upcoming Spawn movie for months. Now it seems that the films has finally found a star. According to Deadline, Django Unchained star Jamie Foxx has been cast in the lead role.

“We are thrilled Jamie Foxx will be playing the title role in our movie adaptation of Spawn… He is an incredible actor and a huge fan of the Spawn Universe that Todd McFarlane created. With the depth of talent Jamie can commit to the role and Todd at the helm bringing the world of Spawn to life, we could not be more excited for this film.”

Spawn was one of the biggest comic heroes back in the 90s. However, a lot of fans never considered the live-action movie starring Michael Jai White as a faithful interpretation of Spawn.  Hopefully we’ll get a movie that satisfies everyone now that comic book creator Todd McFarlane’s directing Spawn.

With the oversaturation of superhero movies, McFarlane promises that this movie will try to break boundaries. The director teases that Spawn is more of a horror movie than a superhero flick. He explains:

“The scariest movies, from Jaws to John Carpenter’s The Thing, or The Grudge and The Ring, the boogeyman doesn’t talk… It confuses people because of the comic book industry, and because they all default into their Captain America mindset and I keep saying, no, get into John Carpenter’s mindset or Hitchcock. This is not a man in a rubber suit, it’s not a hero that’s going to come and save the damsel. It’s none of that.

We don’t have a release date for the movie yet, but with Foxx already set to star, we should get some solid updates as the year trudges along.