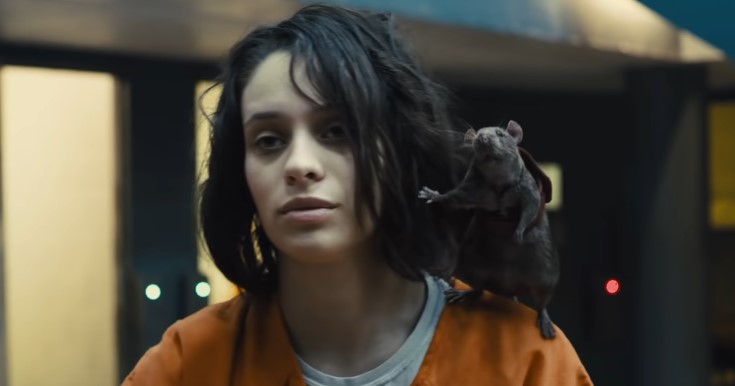 James Gunn’s The Suicide Squad is barely a month away, and we’re going to be meeting a whole new roster of Task Force X for the sequel. One new hero (or rather villain) in the movie is Ratcatcher played by Daniela Melchior, and Gunn takes time to explain what made her perfect for the role.

As per Gunn on Twitter, Melchior was able to land the part because she proved that she was fine hanging out with rats. Check out the post:

For Ratcatcher 2, we auditioned hundreds of actors from across the world. @MelchiorDaniela from Portugal ended up being one of 3 actresses to screen test – a test which included making sure she was ok chilling with rats. Here she is the day she won the role. #TheSuicideSquad pic.twitter.com/y9Diq8uLIy

In the film, Melchior’s Ratcatcher is actually the second iteration of the character as her father was the original Ratcatcher. We’ve had redemption stories for the kids of known villains before, so it’s going to be interesting to see how Melchior’s character will shine in The Suicide Squad.

While fans are still bothering WB about #ReleaseTheAyerCut, hopefully The Suicide Squad is able to bring a breath of fresh aire when it comes to Task Force X.

The government sends the most dangerous supervillains in the world — Bloodsport, Peacemaker, King Shark, Harley Quinn and others — to the remote, enemy-infused island of Corto Maltese. Armed with high-tech weapons, they trek through the dangerous jungle on a search-and-destroy mission, with only Col. Rick Flag on the ground to make them behave.

Catch The Suicide Squad in theaters and on HBO Max when it comes out on Aug. 6.