Skip to content
Home » Is The Jackbox Party Pack 3 A Perfect Fit For Nintendo Switch? 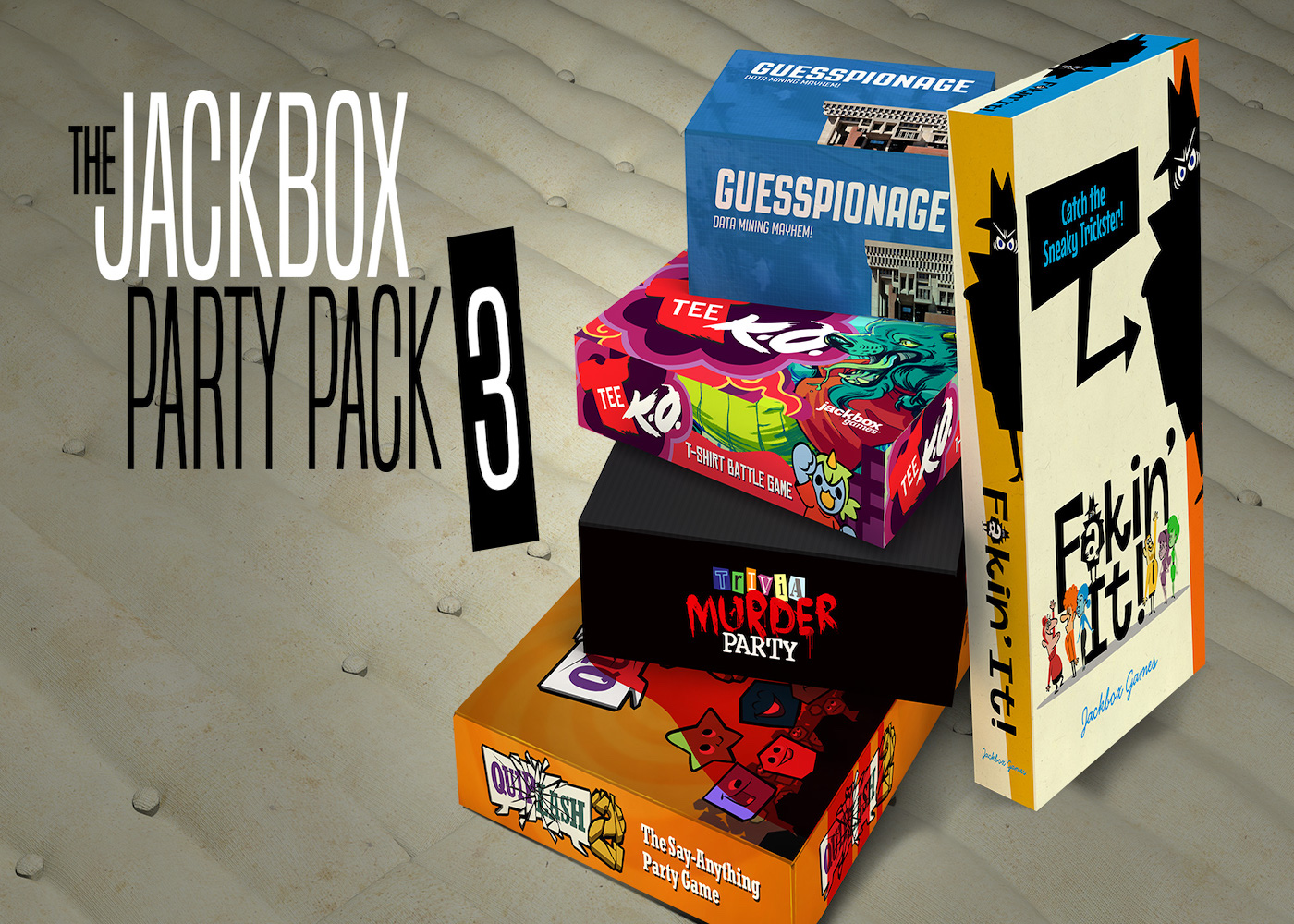 While for many early adopters the Nintendo Switch has been nothing more than a Zelda machine since it launched last month, others have been keen to explore the eShop in a bid to add a little more variety to their burgeoning game collection. Nintendo has been keen to embrace indie developers and in doing so has attracted the likes of Snake Pass, while classic Neo Geo titles have also found an audience. But much like the Wii and Wii U before it, the Switch is also already home to more than a few games that are best played in social situations, including 1-2-Switch and Snipperclips. Now there’s a new contender for the crown of best Switch party game, and it’s a very strong one indeed.

The Jackbox Party Pack 3 was extremely well received when it was released on PC, PlayStation 4, and Xbox One at the back end of 2016, representing the best entry in Jackbox Games’ series to date. Eschewing the need for additional controllers by making the games compatible with phones, tablets, and internet browsers has proven to be a stroke of genius, making it easy to get a group together for a few rounds whenever you might have people over. Of course now that it’s on Switch, you don’t even need to have people over – The Jackbox Party Pack 3 now makes for an excellent way to pass the time riding in the backseat of a long road trip or waiting in the airport departure lounge.

As was the case with the second collection, The Jackbox Party Pack 3 features a completely different selection of games to its predecessor. On offer this time are Quiplash 2, Trivia Murder Party, Guesspionage, Tee KO, and Fakin’ It. The only dud among the five is Tee KO, which tasks players with designing their own t-shirts and pitting them against each other. It doesn’t have the same board game appeal of the other four, which are all fantastically good fun.

Quiplash 2 will likely prove to be the favourite, with it closely approximating to the wildly popular Cards Against Humanity. The game presents a question and asks players to come up with an answer, or a statement that requires finishing, with the idea being to come up with something funny. Everyone votes on which answer they find the most amusing without knowing whose they are, and the one with more votes wins. Chances are it’s the game that’ll prompt the most laughing out of everything in the pack, especially in these crazy times in which we live.

Another game to draw parallels with a mainstream favourite is Guesspionage, which may well remind you of Family Fortunes. One person gets asked a question – like how many people would stay employed if they won hundreds of millions of dollars on the lottery – and they answer with a percentage. Other players guess whether the real answer is higher or lower than the one given by the person asked, and the closer they are the more points they get. There’s a tension to finding out the results that’s reminiscent of the BBC’s popular Pointless show, which makes for some great competition.

For the pub quizzers among us there’s Trivia Murder Party. Fans of the old Buzz! series on the PlayStation 2 and PlayStation 3 will find plenty to remind themselves of that here, as Trivia Murder Party is very similarly structured as a blend of quizzing and mini games. Players who get their trivia questions correct score points, and the more they score the better chance they have of success when it comes to the final round, which is a race to the finish line. Those with a strong score going into the race have greater margin for error, as getting a question wrong in the final round allows others a chance to catch up with you. Like Guesspionage there’s a tension to it that all great game shows aspire to have. The only potential problem here is that a number of the questions are rather Americanised, requiring knowledge of pop culture and brands that people outside the States are very unlikely to have.

Last but not least there’s Fakin’ It, which is all about lying and bluffing your way to victory. All players bar one receive a question on their device, and everyone has to respond by pointing at another player, lifting their hand, or indicating a number with their fingers. You might be asked things like how many toppings you usually have on a pizza, or how many times you’ve been abroad, but the twist is that the player who wasn’t asked a question also has to go along as though they have been. They have to keep a straight face in order to not get caught and receive points for each round they survive, with the others having three opportunities to catch the faker – and they have to work it out as a team and vote unanimously. As a result, Fakin’ It becomes a far more active game than the others, requiring communication and coordination in order to win.

All five games can be played separately from the main menu, but The Jackbox Party Pack 3 is best enjoyed when you bounce between each of them during one long session. The presentation is faultless, with amusing voiceover work doing a great job of introducing and explaining each game, and the visuals are appropriately themed to them all, too. It helps to make the whole thing feel very approachable and intuitive, which when combined with the smart device functionality makes for a something that’s incredibly easy to get other people involved in – a major win for any party game.

One dud aside, The Jackbox Party Pack 3 is an outstanding party game and in the Nintendo Switch has a perfect home.