Skip to content
Home » Snipperclips – Cut It Out Together 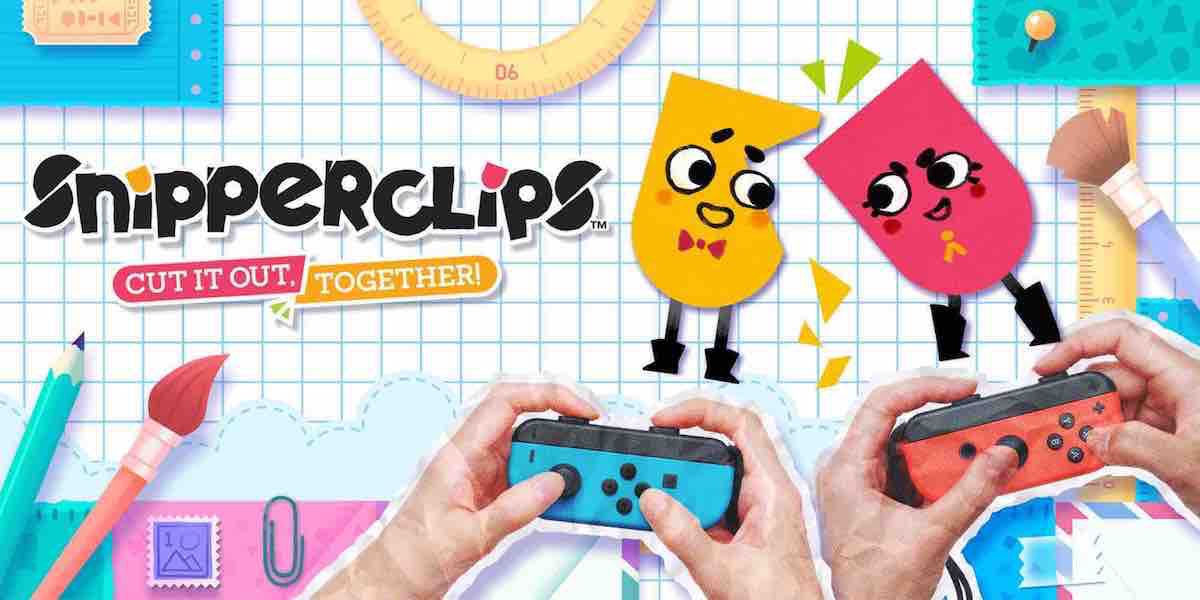 The Nintendo Switch’s launch line-up has been subjected to plenty of snark since the console was formally unveiled, with its relatively paltry number of titles and lack of major third-party support attracting plenty of ire. The stunning success of The Legend of Zelda: Breath of the Wild has since entirely neutered the pre-release negativity, proving that you can get away without having dozens of games ready to go if one of the few you do have just so happens to be one of the greatest of all-time. Of course that’s not to say that there’s no other fun to be had among the rest of the Switch’s early library, with one adorable puzzler in particular well worthy of taking up a spot on your new console’s home screen.

Snipperclips is a simple concept both to explain and to experience. You (alongside another player, ideally) control cute paper characters Snip and Clip, who are tasked with cutting one another into different shapes to solve a variety of puzzles. With a sumptuous papercraft aesthetic recalling Media Molecule’s wonderful Tearaway, and a focus on co-operative multiplayer, it feels right at home on a Nintendo platform. You can play through a number of levels with three or four people, but the game shines brightest as a two-player game and in doing so provides a compelling case for Nintendo’s packed-in Joy-Cons as you only need one each.

The controller are held horizontally as if it were a tiny NES controller, with the analogue stick used to move left and right, and the four buttons across from it allowing you to jump, cut a chunk off a comrade, and restore yourself if you’ve been snipped by mistake. The teensy shoulder buttons are used to rotate your body, which is key when contorting yourself into different shapes.

Many of the 66 levels require the characters to line themselves up to fill a certain space, while others demand a little more thought and in doing so allow for far more creativity. For example, one level will throw you a basketball and task you with getting into a hoop. You might cut yourself into a bowl shape and your friend into a sort of shovel to scoop the ball up so that it nestles into your new body. Then you could jump up onto what’s left of your buddy with the ball in tow to give you the elevation needed to leap up for a slamdunk.

Like all great video game puzzles, tests like these make you feel like the smartest person in the world when you solve them. This sense of satisfaction is amplified when you’re playing with others, making Snipperclips one of the best co-operative puzzlers since Valve’s brilliant Portal 2. As well as making you feel highly intelligent, Snipperclips also has plenty of potential to make you laugh. Much like Breath of the Wild’s shrines, many of the giggles come from formulating solutions that the designers probably didn’t have in mind. Some of the ridiculous shapes your character may end up in will surely raise a smile, and there’s an inherent silliness to everything about Snipperclips that is positively joyous.

This extends to the game’s aforementioned papercraft aesthetic. The backdrops look wonderfully homemade, but it’s Snip and Clip themselves that are the stars. Both animate with real style, boasting a cheeky grin when they cut each other and an expression of palpable effort whenever they reform part of their bodies. The music and sound effects are similarly charming.

In truth, there’s little to be said about Snipperclips that isn’t positive. The competitive multiplayer featuring takes on hockey and basketball isn’t up to much but it’s hardly the focus, and unlike much of the Switch’s library thus far it’s very reasonably priced at £16.99. If anything there are a few too many levels, with some concepts reappearing multiple times.

You can also pick the game up alongside an extra pair of neon Joy-Cons for £74.99, which is a good deal if you’re looking for more controllers. It would be fair to say Snipperclips is a great deal less fun if you’re playing alone, and similarly to 1-2-Switch it becomes far more entertaining if you really throw yourself into the experience, rather than just go through the motions. Doing so would do a disservice to both yourself and the game.

Snipperclips sits alongside The Legend of Zelda: Breath of the Wild as a must-buy title for the Nintendo Switch. It’s one of the best co-operative puzzle games in recent memory and is chock full of the wit and character you’d expect from the very best Nintendo has to offer. That it comes from a tiny development team of two brothers makes that fact all the more impressive.