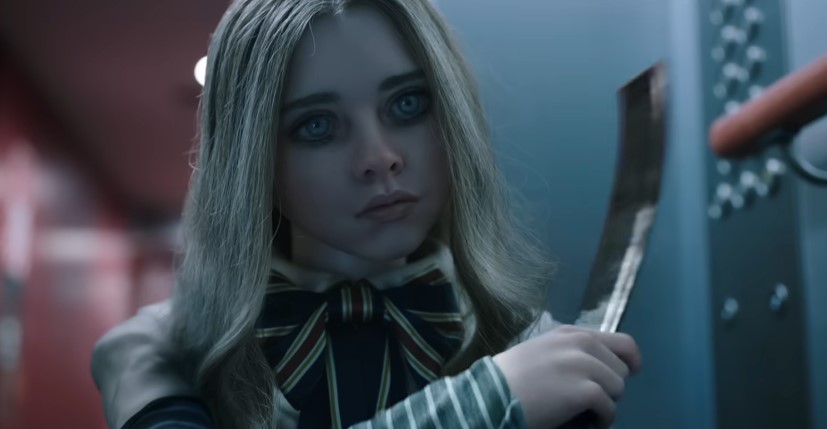 Syfy’s Child’s Play series may be on the verge of cancellation, but killer dolls are making a comeback to the big screen this January.

M3GAN feels like the spiritual sequel to Child’s Play, and the film just got a new trailer featuring some more scares, and of course—viral killer doll dancing. Check this out:

M3GAN is a marvel of artificial intelligence, a life-like doll programmed to be a child’s greatest companion and a parent’s greatest ally. Designed by brilliant toy-company roboticist Gemma (Get Out’s Allison Williams), M3GAN can listen and watch and learn as she becomes friend and teacher, playmate and protector, for the child she is bonded to.

When Gemma suddenly becomes the caretaker of her orphaned 8-year-old niece, Cady (Violet McGraw, The Haunting of Hill House), Gemma’s unsure and unprepared to be a parent. Under intense pressure at work, Gemma decides to pair her M3GAN prototype with Cady in an attempt to resolve both problems—a decision that will have unimaginable consequences.

The movie actually puts a special twist on the killer doll cliché. Whereas the doll usually wants to murder the child in a slowly agonizing fashion, M3GAN wants to protect the child she’s bonded to—but that doesn’t bode well for anyone who gets in Cady’s way—not even her guardian aunt.

Though the movie is set to come out in dump month January, the release has actually been pushed forward by a week, which could mean some kind of faith from the studio.