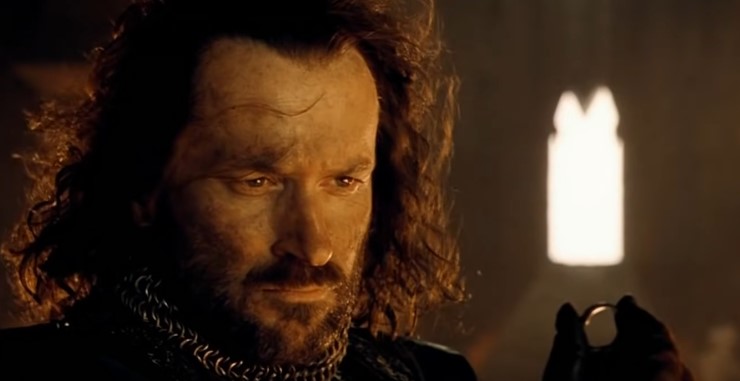 A lot of Lord of the Rings fans are curious about Amazon’s upcoming LOTR series, but the network so far has been keeping everything under wraps. We know that the series takes place during the Second Age of Middle-Earth, and now news has it that the series will be giving us the first ringbearer after Sauron, Isildur.

This revelation comes after a report from @FellowshipFans that Ema Horvath has been cast as the sister of Isildur, Carine. The character is an original creation for the show, and will allegedly feature prominently in the scenes where Isildur will volunteer to join the Numenor army setting sail for Middle-Earth.

EXCLUSIVE: Ema Horvath is playing “Carine”, Isildur’s sister, which is an Amazon original character in the upcoming ‘The Lord of the Rings’ TV Show

FF also reports that Carine actually doesn’t want him to join the army, and that her pronuncniation of “Isldur” closely resembles the way Elrond calls to him in that one flashback scene from Fellowship of the Ring:

We don’t have any new looks at the series yet, but with a release set for September this year, Amazon should be dropping some LOTR character stills soon; maybe even a trailer by May.

Amazon Studios’ forthcoming series brings to screens for the very first time the heroic legends of the fabled Second Age of Middle-earth’s history. This epic drama is set thousands of years before the events of J.R.R. Tolkien’s The Hobbit and The Lord of the Rings LOTR, and will take viewers back to an era in which great powers were forged, kingdoms rose to glory and fell to ruin, unlikely heroes were tested, hope hung by the finest of threads, and the greatest villain that ever flowed from Tolkien’s pen threatened to cover all the world in darkness.

Catch Lord of the Rings when it finally hits Amazon Prime Video on Sept. 2.