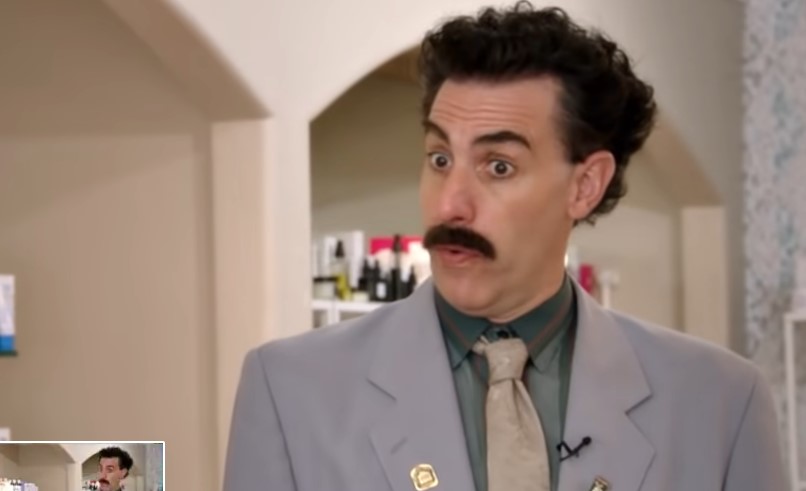 Ever since WandaVision, fans have been bombarded with theories about Marvel’s version of Satan, Mephisto. The character has been speculated from appearing in Spider-Man: No Way Home to Doctor Strange 2 that at this point, it’s become a meme. A new rumor has come out though, that comic Lucifer is finally set to make an appearance, and they’ve already cast someone in the part.

According to Deadline, Sacha Baron Cohen has been spotted on the set of Ironheart, and there is word going around that he’s going to be playing Mephisto for the MCU. Nothing official has been confirmed as of yet, but the speculation is that Cohen will take a major part as Mephisto in the upcoming WandaVision spinoff Agatha: Coven of Chaos.

With Marvel kind of becoming this machine that pumps out generally enjoyable material, I’m kind of sceptical that someone like Cohen, who is so used to his shock value and offensive material, would join their fold. If anything, I’m sure there’s a hefty paycheck in it for Cohen, but I am hoping that he has a very interesting take on comic book Satan. I mean, we already have sexy Satan in Lucifer, but how else could they modernize the character without offending any conservatives in the audience?

Cohen has not been officially confirmed for the MCU yet, but if rumors are to be believed, we should watch out for him when Ironheart soars into Disney+ in late 2023. You can catch Ironheart in her MCU debut in Black Panther: Wakanda Forever which hits theaters Nov. 11.