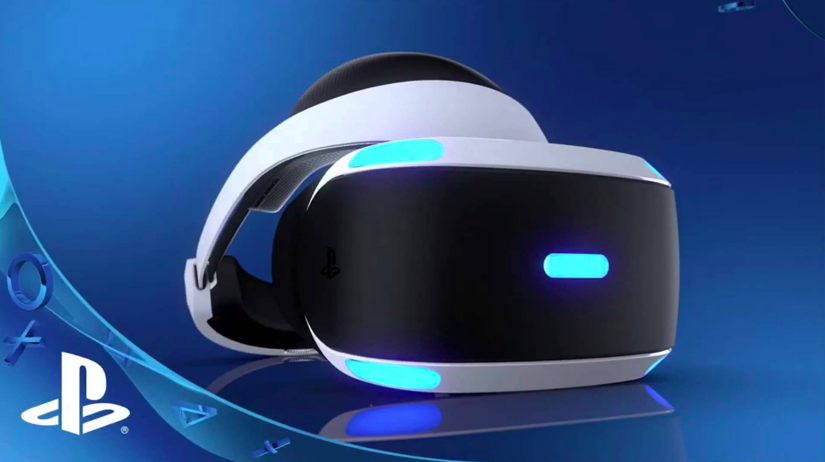 On October 13, PlayStation VR (PSVR) launch day, I walked into GameStop with the same emotional high I always had on Christmas morning as a kid. The GameStop guy, who now knows me by both first and last name, told me to stop back in and let him know what I thought. As I skipped (metaphorically, not literally because the PSVR box is heavier than I expected) through the mall, I was already getting texts and Facebook messages from friends asking me to let them know if the PSVR was worth the purchase. I decided rather than simply giving them my initial, day one impressions, I would give it a week to see not only what I thought of the headset, but a more realistic expectation of how often I would use it.

The Technical Strengths and Weaknesses

I had the chance to try the Oculus Rift right before it launched and I can say that by comparison, the PSVR doesn’t quite stack up to the visual power or even level of immersion of it’s more expensive—and more difficult to set up—competitors. I can still see some of the blackness of inside of the PSVR headset when I use it, giving the impression that I am viewing a world through goggles. But, this might simply be how the headset fits to my particular face. The far edges of the screen can also be a bit blurry. However, I have never had an issue with the clarity of visuals overall. Most games I have played have appeared crisp and clear and once I get into it, the black and sometimes blurred edges tend to drift out of my mind and have yet to take away from my experience in any significant way.

One major issue I have encountered several times, though, is the camera sensitivity. Any light, even a lamp or a reflection in a window or mirror, has the potential of throwing it off since the camera tracks the headset and controllers using light. It also has a tendency to readjust the image to a different position than where you started. This sometimes leads to the controllers facing a direction they shouldn’t. For example, I was playing the Batman: Arkham VR and suddenly noticed my bathands were facing to the left when I was pointing my real hands straight ahead.

The tracking being off can also lead to disorienting effects like the room jumping about or shifting with you when you move around. I first encountered this when playing the Blood Ties DLC for Rise of the Tomb Raider. Suddenly, Croft Manor began moving with me, causing everything from the floor to surrounding objects to pulsate toward me momentarily if I moved or tried to look around. Other times the whole room would follow me. My brain has consistently rejected this effect as something that is never normal and has decided sudden onset nausea is the most appropriate response. Then, there was the time I went through the calibration for Job Simulator without any noticeable trouble only to find myself under the floor of the cubicle I was supposed to be working in. Needless to say, I was a very poor office worker that day.

I have found the only way to remedy calibration issues of this sort is either to go to the PlayStation home screen and readjust the image using the options button, or to turn the PS4 off completely and then back on. I am hoping Sony can find a way to upgrade headset and controller tracking in the future. Thankfully, once you figure out the best way to set up your room to negate lighting and reflection issues (and if you don’t let your 5’11” friend try the headset and then put it back on your head when you are only 5’2” and stupidly expect things to line up) this can be significantly minimized. Now, I can play for a decent amount of time before running in to these sorts of issues.

When the PSVR does work, however, it makes for some amazing experiences. Batman: Arkham VR is a great example of how game developers can (and should) tell stories in VR in a way a traditional video game cannot. Descending into the Batcave after being fitted with Batman’s cowl, weapons and gloves in first person is an experience that is next to none, and is especially indescribable to someone who has never experienced the level of immersion VR offers. I felt like Batman. I was Batman. But more than that I was a part of Batman’s narrative fleshed out all around me. Sure, Batman: Arkham VR is short compared to your average game, but given that being in VR can be an adjustment for some, this story was just long enough to make me feel like I had been a part of a very cleverly realized narrative story, but short enough I could come out of it before it became overwhelming, or before I had to break it up into sessions.

Job Simulator was another favorite of mine, and a great example of how play can work in VR. I spent the most amount of time being a chef (a rather poor one, too, which is an astonishingly accurate simulation of my real cooking skills). Along with the clever dialogue and the joy of throwing anything not tied down at my computer overlords/coworkers, it felt like playing house or adult as a kid when the idea of being a grownup and having a job sounded cool and fun. You know, before we grew up and needed legal stimulants to keep us going. VR offers a world we can play in that gives us a freedom we don’t usually find in real life, and don’t experience as palpably in normal gaming.

In fact, this is what I love most about VR, and why I was so excited to get a ready-to-go headset that hooked right up to my PS4. The storytelling potential VR offers is utterly incredible, and as a gamer I look forward to being able to play a part in future narratives in a way I could only imagine back in the days of my NES. If this is any indication, worlds upon worlds await us, and this is an exciting time to be a gamer. However, VR isn’t without its quirks.

The Downside of Early VR Adoption

Though VR definitely has the potential to offer great storytelling and world exploration that really makes you feel like you are a part of that experience, it is still very much in it’s infant stages. That is perhaps the major reason why I would hesitate at this point to recommend buying a VR to someone who is unsure. After a week of owning the PSVR and playing most of the demos available, I can say I have had several very cool, even exciting experiences. But, aside from taking another go at Job Simulator—I still haven’t tried all the jobs—there really isn’t anything out yet that makes me want to run home and play it like Rise of the Tomb Raider is doing for me right now. It is clear to me that developers are still trying to figure out the best way to tell stores in VR. However, if Batman: Arkhman VR is any indication, there is a bright future ahead. And we can look forward to games like Farpoint and Allison Road (if and when it comes out).

One caution for anyone who has never tried it is that VR can be a bit overwhelming, even nauseating to some people. My brother has found he has had to work up to being able to play for more than 20 minutes. Afterward, he has to take a break. Certain games, like Riggs, cause this to happen sooner. He says he is getting more acclimated every day, though. I suffered more from cognitive dissonance than dizziness. It took me a few tries to get used to how bizarre a floating controller can be (my brain was not cool with the lack of hands in some games). Thankfully, the only time I have started to get dizzy or nauseated was during one of the epic tracking glitches I mentioned above.

My boyfriend, on the other hand, had no issues when he tried it. I watched him play Kitchen (a demo famous for making people freak out in public) without any reaction. I have yet to try it though I keep saying I will (I probably won’t because I am a coward). His only complaint was how the game does reorient itself sometimes and he found himself, like I have on occasion, with the virtual environment shifting to one side or the other away from the original focal point in real space.

I am still convinced virtual reality is a major player in the future of gaming. (You can go here to read more of my thoughts on virtual reality and augmented reality). I still think this even after dealing with the occasional, nauseating glitch, or the fact VR can be a bit disorienting or isolating—though, I expect online co-op will largely take care of that. I think there are kinks that still need to be worked out before it becomes accepted by the casual gamer, or even more of the core gaming audience. But, I do think the PSVR is a step in the right direction.

As the price of Rift and Vive ready computers drops and as PS4 owners start getting more and more into Sony’s VR offering, we should start seeing more games that are developed exclusively for VR rather than simply adapted for VR. This, I think, will make a major difference in what virtual reality has to offer. For those of us who see this as an exciting and important development in the history of gaming, getting in on it now is worth it. For those who are unsure, try it out and see. Maybe you won’t want to head out and put down the $399 on a PSVR just yet, but as the gaming library grows and some of the wrinkles are ironed out, I predict you’ll soon be caught up in the virtual worlds that we can expect to find ourselves immersed in soon enough.