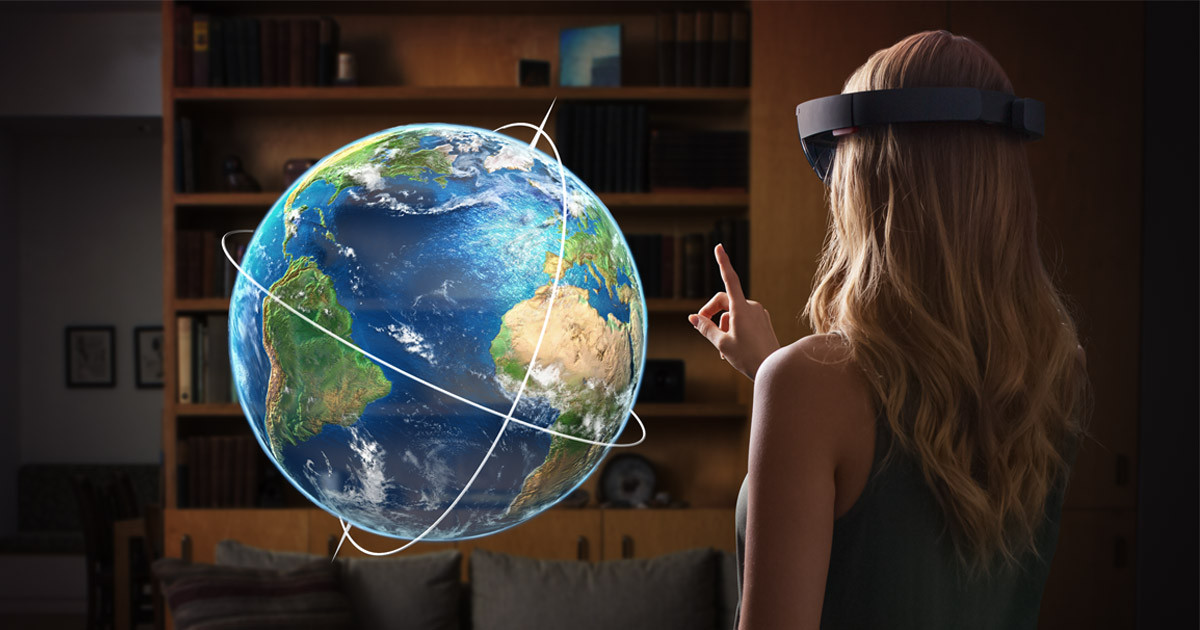 There was a time when the concept of being inside one of your favorite video games was nigh on unthinkable. Sure, virtual reality (VR) wasn’t exactly unheard of during the explosion of gaming back in the late 80s and 90s. But, what there was wasn’t exactly readily available — aside from the Virtual Boy and, if you ever had the chance to try it, you were probably unimpressed. Besides that, nothing about those 16-bit characters on my Super Nintendo, or even the three-dimensional (and heavily pixelated) hallways of Wolfenstein 3D ever clued me in to what the future would hold.

Systems such as HTC Vive, Oculus Rift and the upcoming PlayStation VR are bringing virtual reality into the mainstream. Portable headsets such as Gear VR and Google Cardboard are also making it more affordable. Feeling like you are in the game, even experiencing far away places from our own home, has become a very tangible reality. However, VR is not the only simulated experience that could potentially have huge impact on our lives.

The gaming industry, as well as education and even medical practices, have already begun embracing VR as a potential boon. However, Niantic CEO and Pokémon Go creator John Hanke recently called the overall potential of VR into question. “[Augmented reality] is the direction that I think is far more interesting and promising – for technology and, really, for humanity,” he said. Is this a fair assessment, especially as both VR and AR technologies continue to evolve? Perhaps more importantly, does one actually have an advantage over the other?

I can’t lie. I missed the Pokémon craze by at least a year or two when I was a kid, so I can still only name a few (please, don’t tell my friends). However, when Pokémon Go launched, I was one of the first to download it. Why? Because who doesn’t want to be a Pokémon trainer, even if that requires viewing it through your phone screen? Aside from the occasional mugging and the recent chaos in Japan over a Lapras, the AR game has managed to bring people together in a way one rarely finds in real life. It is this very notion that augmented reality can bring people closer together, while VR has a tendency to isolate, that Hanke himself cited as the main reason AR trumps VR.

“In a VR situation, you’re isolating yourself from everyone around you and entering this completely virtual space. AR is designed to add, enhance the things you do as a human being: Being outside, socializing with other people, shopping, playing, having fun. AR can make all those things better.”

Hanke is certainly right about AR’s ability to enhance daily experiences. AR “smartglasses” already exist that can track your fitness, even give you a 3D heads-up display complete with GPS. One day you might select a restaurant by glancing at it and scrolling through the menu before ever walking in or having to stop to look it up on your phone. You could also locate nutritional information about a food item in the grocery store simply by looking at it. Even better, facial recognition in the glasses could one day bring up previous conversation points with that person, making socializing easier.

Microsoft has invested a great deal of time and money into the HoloLens, a device they claim puts the user into “mixed reality.” It’s basically a far more immersive form of AR, than experienced through your typical phone or handheld device. It certainly looks cool. I mean, who doesn’t want to march through your living room turned Minecraft session like a giant with a god complex? However, as amazing as that would be, Microsoft’s major push is for both social and scientific applications. The HoloLens is marketed as a new way to connect and collaborate as artists, inventors and engineers.

This ability to stay connected to the world around you while interacting with it and other humans in a new way is certainly an advantage AR has over VR. For now, VR requires the user to hide her or himself away behind a screen. Although, VR also has made strides into not only the gaming industry, but education and even medicine. It also holds the potential to connect humans in a totally new way.

Facebook’s Mark Zuckerburg certainly thinks highly of VR, having invested $2 billion of his company’s money into the purchase of the Oculus Rift in 2014. According to the MIT Technology Review, Zuckerburg is among several in the industry who have compared VR to the invention of the smartphone, something that will eventually become “a staple of everyday life that unlocks brand-new markets for media and technology companies to profit from.” What these new markets will turn out to be is yet to be seen, as AR remains a growing industry that is still struggling to be adopted by the mass public.

Aside from reaching new markets for profit, however, VR is already being used for practical purposes that, quite unlike Hanke said, benefit humanity both socially and scientifically. Education companies are developing software for classrooms that allows students to become fully immersed in the exploration of historic sites, experience ancient battles, and navigate the workings of the human body in a way no textbook or video can. Surgeons can now virtually explore a patient’s brain and locate a tumor before ever making a cut. Even more so, patients can dive into their own brains using VR to help better understand what the surgeon is planning.

I have spoken to a few people who have never used VR and I realized, after using it for the first time myself, that there really is no good way to describe the level of immersion. My first experience was with a Gear VR in Best Buy. The Samsung rep asked me if I wanted to try The Avengers experience of Jurassic World? I ended up doing both, but asked for The Avengers first.

Rep (Laughing): Everyone says that.

Me (trying to see my hands again, not realizing the Iron Man hands were an automation): I wish I could see my hands.

Rep: Everyone says that, too.

The experience then thrust me right into the middle of a battle between our heroes and Ultron and his robots, complete with fire and flying shrapnel. Suddenly, I was a member of The Avengers. All my childhood dreams had come true. I look to my right and see Chris Hemsworth (as Thor) only inches from me. I may have confessed my love to him aloud. Even though the demo was short and all I could do was observe, I knew what it was like to feel utterly transported (aside from the feeling of the hard, plastic chair I was sitting in).

It is this same feeling of transportation to another world and into the body of another person that is what I find most intriguing about VR. Game developers such as Rocksteady Studios hope to give Batfans the feeling of being the Caped Crusader through the upcoming Batman: Arkham VR. The soon-to-be-released Rise of the Tomb Raider DLC Blood Ties will allow players to virtually embody everyone’s favorite female badass, Lara Croft. Perhaps more humorous, and also terrifying, is the Vive demo that puts players in the place of an Aperture Science test subject.

Of course, far more importantly than being in the boots of your favorite character is the potential VR has to uniquely tell the stories of real people. What if you could experience the memories of someone you’d never met? How about feeling what it’s like to be a woman in a country where women still don’t have equal rights? You could virtually dive into the skin of someone from a community, a part of the country, a part of the world whose life experiences are far different from your own.

VR has the potential to be a powerful storyteller in ways we are only now beginning to understand. As headsets become less cumbersome and the technology becomes cheaper, VR might indeed be a revolution in human connection. But, of course, that all remains to be seen as the public has yet to embrace VR as a whole.

Will Our Future Reality be Virtual or Augmented?

While the debate is fascinating and certainly relevant, in a way I think asserting with certainty whether AR or VR has greater potential for the human race is kind of like arguing whether airplanes or cars are more important. Sure, they each serve similar interests (transportation) but they each have different levels of practicality depending on what you want to do: travelling to the store vs. travelling overseas, for instance.

Both AR and VR have the potential to give users unique experiences. Both have benefits for education and even medical science—the brain surgeon mentioned above also uses AR during surgery to keep an eye on where the tumor is during the operation. AR might be far more practical for the everyday given, most importantly, that you can use it and still view the world around you. VR, as I mentioned above, is a powerful tool for storytelling and has the potential to bring people together in new ways.

Mostly, we have to remember this technology is very young. I recall a journalism professor I had at university once mentioning how he thought one day cell phone technology would be directly embedded into our brains. I thought that might be problematic for people like me who already have issues controlling their mouths. I would hate to accidentally brain-dial someone and then think the wrong thing (which I would, every time). My point being that, as silly as that sounds, we already have computers that can be controlled by a person’s thoughts. AR and VR technology is still in it’s infant stages.

I was watching my 10-year-old nephew try the Jurassic World VR demo at the same Best Buy mentioned above. My brother and I were watching him react with both delight and trepidation as he was approached by a virtual dinosaur. My brother turns to me and says, “You know, one day they are going to look back on this like we look back on the Atari.”

He’s right. We live in quite the time where technology is just starting to integrate itself into our lives in a way that dramatically changes how we perceive the world and each other. Both augmented and virtual reality will have a part to play in our very real futures and I, for one, am excited to see where we take them.