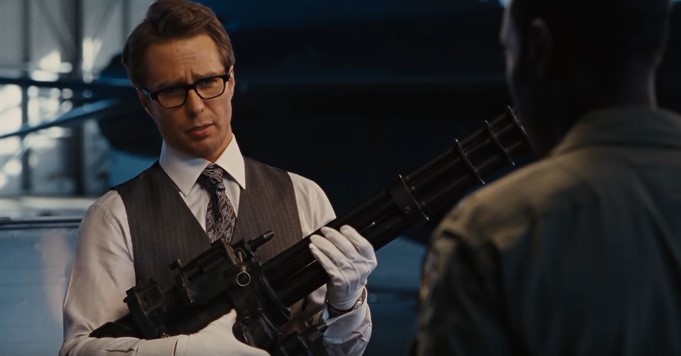 Iron Man may be gone, but Marvel is still working on adapting another Iron Man story with the upcoming Armor Wars on Disney+. While we know that Rhodey a.k.a. War Machine is set to appear in the show, word has it that another familiar face is going to be making a comeback.

As per insider Daniel RPK (via @cosmic_marvel), Iron Man 2 side villain Justin Hammer (Sam Rockwell) is going to be making a comeback in Armor Wars. What’s more, we’ll also be getting Riri Williams/Ironheart in the show as well.

While Riri Williams is her own story, a lot of people are excited for the return of Justin Hammer. Though Iron Man 2 gets panned for not being one of the best MCU entries, a lot of people love Rockwell’s portrayal of Hammer, and it’s really fun to just watch him be a wannabe Tony Stark. Hammer actually has a lot of great scenes, but there’s one scene where he’s selling his tech to improve a stolen Iron Man suit is something that’s always a treat.

We don’t know how Hammer could be involved with the story, but seeing that he basically built War Machine, it would make sense that the government or some other shady organization would want him to work on some more supersuits. There was word going around that he was being considered for a Thunderbolts film, so maybe they recruit him to suit up some government agents that won’t be as hard to control as the Avengers.

For now, no release date has been set for Marvel’s Armor Wars, but MCU Phase 4 kicks off with WandaVision on Jan. 15, 2021.