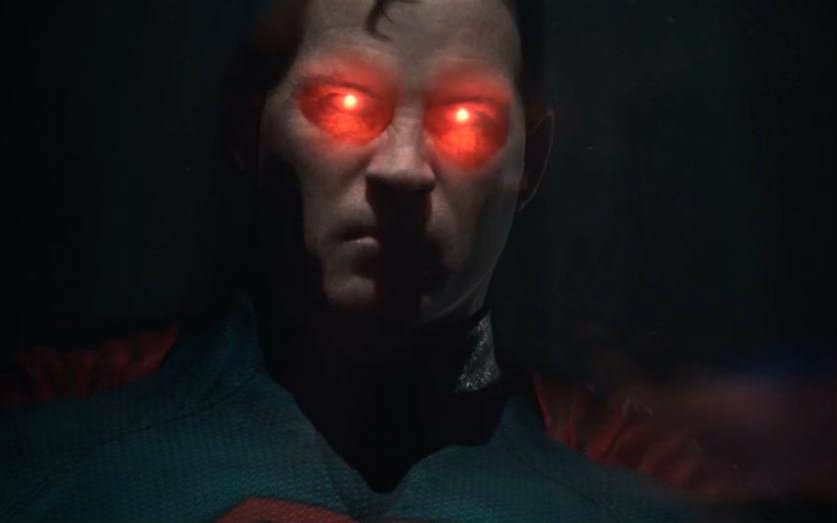 Another teaser from DC’s Twitter account shows Wonder Woman duking it out with Supergirl. Why the two heroes are fight remains to be seen. However, it could be ascertained, if this is related to the story, that Wonder Woman is a member of Superman’s regime. In the game’s initial teaser trailer, Supergirl was shown fighting her cousin. Might Wonder Woman and the Girl of Steel be pitted against one another because of it? Check out the teaser below:

The Injustice Twitter account has posted a cryptic GIF, with a caption teasing more to come on January 17. In the post, Superman is seen mournfully holding on to a seemingly deceased and veiled woman. Check out the post below:

Based on the events that kicked off Injustice: Gods Among Us, it stands to reason the unspecified veiled woman is Lois Lane. During the first game, the Joker malevolently tricks Superman into killing Lois Lane, who was also pregnant at the time. Much to Batman’s dismay and a failed attempt to stop him, the Man of Steel murders the Clown. This carefully crafted Elseworld tale features an evil Superman, hellbent on eliminating crime by establishing a Dictatorship. The Bat leads a group of Insurgents, and later travels to another Earth to get help from a still intact Justice League.

The brief clip above could mean any number of things. It may be a Superman flashback or a nightmare. It could also be Evil Superman, recently escaped from prison, mourning over the body of another Earth’s dead Lois Lane. Anything is possible, especially since the post’s caption teases that “The Lines Are Redrawn.”

If the Tyrant of Steel has escaped, what does this mean for those who put him away? Could that have been the fight shown off in Injustice 2’s reveal trailer? If so, it could certainly explain Supergirl’s debut in the franchise. Perhaps the League believes she can talk some sense into her cousin, or, at the very least, incapacitate him. Whatever the case may be, plot details are hopefully approaching on Tuesday, January 17. In the meantime, share your thoughts and theories in the comments below.

Injustice 2 launches on PS4 and Xbox One on May 16.