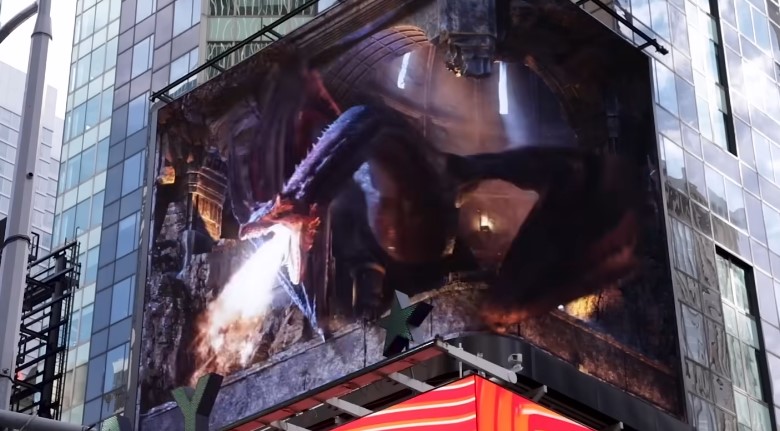 Times Square’s 3D billboard has managed to give us some great promos for highly anticipated shows like Obi-Wan Kenobi and The Book of Boba Fett, but now they have a great ad for HBO’s House of the Dragon which has a firebreathing dragon looming over the city of NYC.

Check out the House of the Dragon billboard down here:

I’ll admit, the dragon looks kind of small when it comes to the scale of the billboard, but they can only really do so much when it comes to the illusion. I guess it’s more menacing when human-sized characters like Darth Vader are looming over the city looking like giants on the buildings.

For now, the promotion for House of the Dragon is going steady. It’s no mystery that a lot of fans weren’t pleased with the way the final season was handled, so you can expect that the pressure is on for the House of the Dragon showrunners to deliver a series that will actually bring fans back onbaord.

While the show is expected to appease to the long-time Game of Thrones fans, I wonder if HOTD is something that newcomers could use as an entry point into the entire Westeros series. If anything, it could be more exciting for them, seeing as they have yet to have any idea of who the Targaryens are and what their status will be come the timeline of Game of Thrones.

House of the Dragon premieres on HBO Max on Aug. 21.