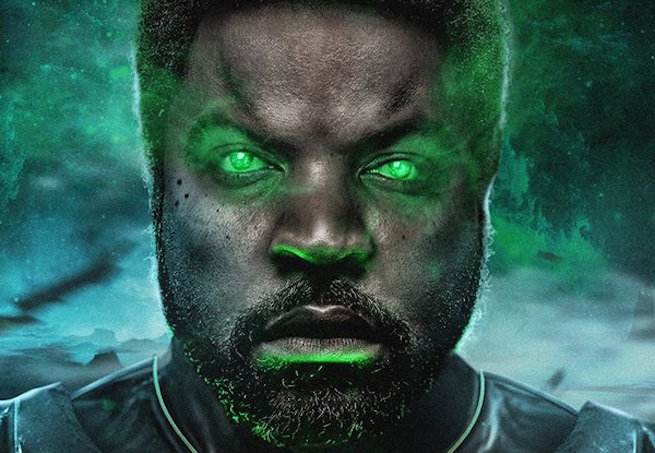 Few rappers have made the move from musician to actor as smoothly as Ice Cube. Since his breakout role in Boyz in the Hood, Cube has had success with acting in, writing, and producing films. We’re still waiting on the final Friday movie, but while that wait continues filmmaker Kevin Smith made an interesting note on Twitter. Ice Cube would be an excellent Green Lantern.

Before you get up in arms, then laugh, then start seriously thinking about the incredible possibilities, let’s unpack this. Yes, Cube has always been vocal about his disdain for the authorities, both in music and interviews, but he makes for a great on-screen cop. Plus, and this is the kicker, he would be phenomenal as Kilowog. Imagine Ice Cube saying “poozer.” It’s too perfect! And let’s be honest, his characters in Ride Along and All About the Benjamins are essentially Earth versions of the hard-cracking, but hilarious, Bolovaxian. He could just do the voice, if need be.

For now, we’ll have to wait and see if any of this fan theorizing and dreaming could get picked up as it did with Tyrese Gibson, jury’s still out on how that will go. You can see the rapper/actor in theaters now as he’s finally released the long-awaited Barbershop: The Next Cut.