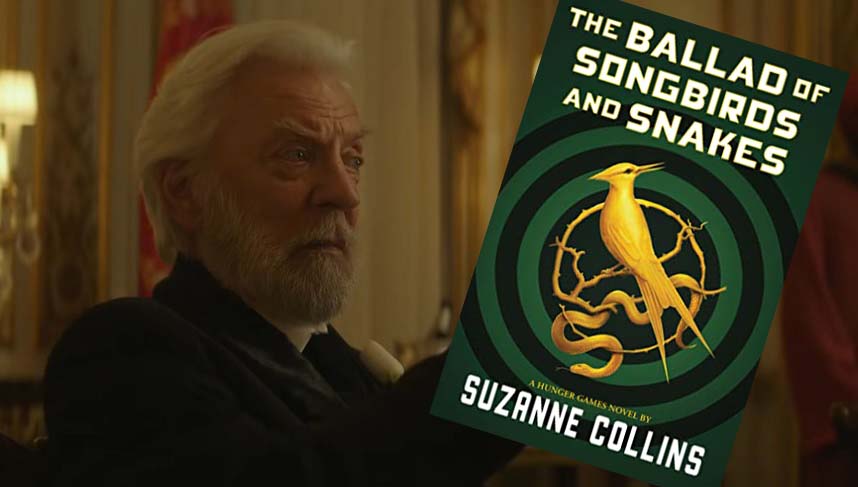 The Hunger Games franchise had ended with a fizzle back in 2015, but Lionsgate is aiming to bring the world of Panem back with a prequel based on Susan Collins’ The Ballad of Songbirds and Snakes. The book had come out in May of last year, and now we have news on the movie adaptation.

As per Deadline, a Lionsgate company quarterly earnings call has revealed that the movie The Ballad of Songbirds and Snakes is set to start production in the first half of 2022, and is aiming to release the film sometime in 2023 or early 2024. We don’t have much specifics on the film, but it’s said that the movie is “moving along really, really well.”

In the book The Ballad of Songbirds and Snakes, we follow the story of an 18-year-old Coriolanus Snow who has been tasked to mentor a young girl from District 12 for the 10th Hunger Games. Here’s the official synopsis:

It is the morning of the reaping that will kick off the tenth annual Hunger Games. In the Capitol, eighteen-year-old Coriolanus Snow is preparing for his one shot at glory as a mentor in the Games. The once-mighty house of Snow has fallen on hard times, its fate hanging on the slender chance that Coriolanus will be able to outcharm, outwit, and outmaneuver his fellow students to mentor the winning tribute.

The odds are against him. He’s been given the humiliating assignment of mentoring the female tribute from District 12, the lowest of the low. Their fates are now completely intertwined — every choice Coriolanus makes could lead to favor or failure, triumph or ruin. Inside the arena, it will be a fight to the death. Outside the arena, Coriolanus starts to feel for his doomed tribute . . . and must weigh his need to follow the rules against his desire to survive no matter what it takes.

Admittedly, there are some readers who aren’t a big fan of the books, but it does offer some great insight on the original franchise’s villain. Though I’m sure some fans would want a return of Jennifer Lawrence’s Katniss, I think it would be hard to work into the film because it takes place 50 years before she was born. Maybe they can make her the narrator for the film, but even then that could be considered a cheap move.

No official release date has been set for The Ballad of Songbirds and Snakes.