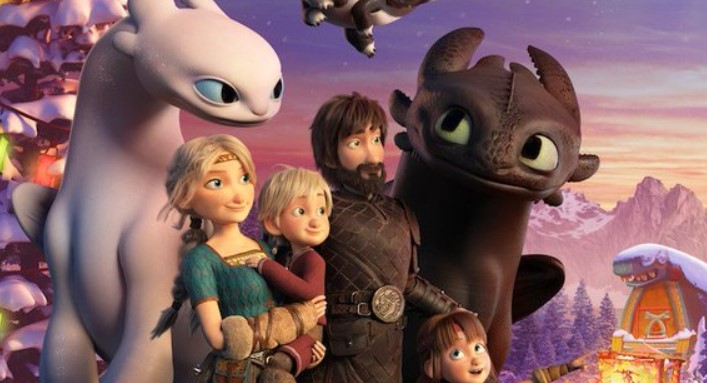 Dreamworks had basically started the year with How to Train Your Dragon: The Hidden World, and though the movie marked the end of the franchise, it doesn’t mean that the studio is done with the property. Just in, they’ve announced that a half-hour special is coming to NBC for the holiday season.

Here are also some other photos that came out online:

We don’t have an official trailer for the special yet, but it’s likely we could get something at the start of November. We don’t really have the full story yet, but I am eager to see a reunion of the citizens of Berk and their dragons.

Admittedly, The Hidden World was not as well received as the first two movies were. I guess it would have had something to do with the ending, which I felt didn’t seem like the best way to conclude Hiccup and Toothless’ arcs. I mean, the entire series had the two of them beating the odds and proving that they belonged together, but the third movie just has the dragons going into hiding because Toothless needed to be with a mate?

I mean, you can read it a different way, but that’s what’s always irked me about The Hidden World. I mean, it’s cool that they kind of make some kind of legend that the dragons still exist and are just hidden away, but I would have preferred to see the town of Berk prosper alongside their dragons.

Catch How to Train Your Dragon: Homecoming when it comes out Dec. 3.