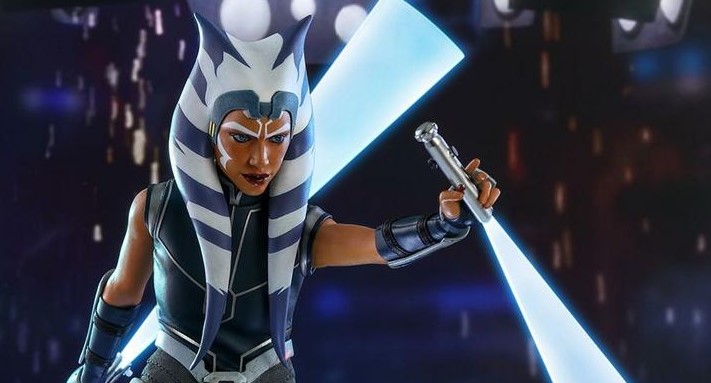 Despite being a fan-favorite, fans have only really seen Ahsoka Tano in her animated form, and The Mandalorian Season 2 is hyping up her live-action debut. While we don’t have a look at Ahsoka in the series yet, Hot Toys has decided to reveal their figure for Anakin’s ex-apprentice and boy does it look stunning.

Ahsoka Tano, a Togruta™ female, was the Padawan™ learner to Anakin Skywalker™ and a hero of the Clone Wars. Alongside Anakin, she grew from headstrong student into a mature leader. But her destiny laid along a different path than the Jedi™…

Hot Toys is pleased to further expand its Star Wars: The Clone Wars collectible series by introducing a dynamic interpretation in 1/6th scale of the beloved character Ahsoka Tano representing her appearance in the final season of the acclaimed series!

While we’ve gotten a Black Series Ahsoka as well as a few statues, this is probably the closest thing we have to a live-action Ahsoka now. Obviously she doesn’t look like Rosario Dawson, so I’m curious if Hot Toys actually based this face of someone or just made it based on her animated appearance.

We don’t know when Disney+ plans to give us our first look at The Mandalorian 2, but they sure have been taking their time. For one of the most anticipated Star Wars properties of the year, the marketing has been pretty thin. Hopefully we get something this weekend because a lot of people were forced to watch the NBA playoffs with the promise of a Mandalorian teaser; too bad it never came out.

For now, Disney+ is said to be planning a release for The Mandalorian 2 this October.