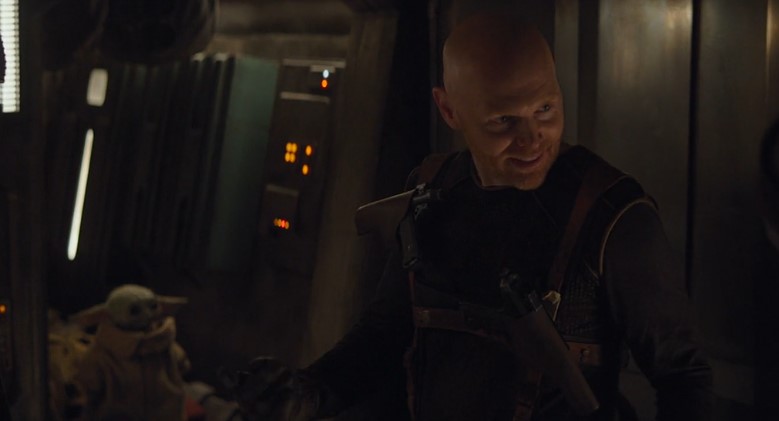 While Bill Burr is best known for his stand-up work, he actually has some great TV roles on his resume. With the pandemic still at a high and stand-up shows basically limited, Burr comments on the two roles he would like to return to given the chance.

With Burr being so vocal about his ‘not getting’ of Star Wars, it was pretty fun to watch him be an ex-Imperial sniper named Mayfeld in The Mandalorian. Burr is already expected to make a return for the second season, so it’s likely this come back in his quote could mean he wants in on Season 3.

As for Better Call Saul, Burr had played the role of Saul Goodman’s lackey Kuby in Breaking Bad. With Huell having been back for a while, Kuby is the only person missing from Saul’s “A-Team”, and he was supposed to be introduced in the show via last season’s episode, Dedicado a Max. Unfortunately, Burr had a scheduling conflict, and the part had to be rewritten with another returning character, Sobchak, played by Steven Ogg.

With BCS gearing up for its  final season though, I’m hoping they can have something memorable for Kuby to do. He’s not Mike, but you have to love watching Kuby and Huell become that well-oiled intimidation machine.

Better Call Saul returns next year, and The Mandalorian Season 2 comes back to Disney+ this October.