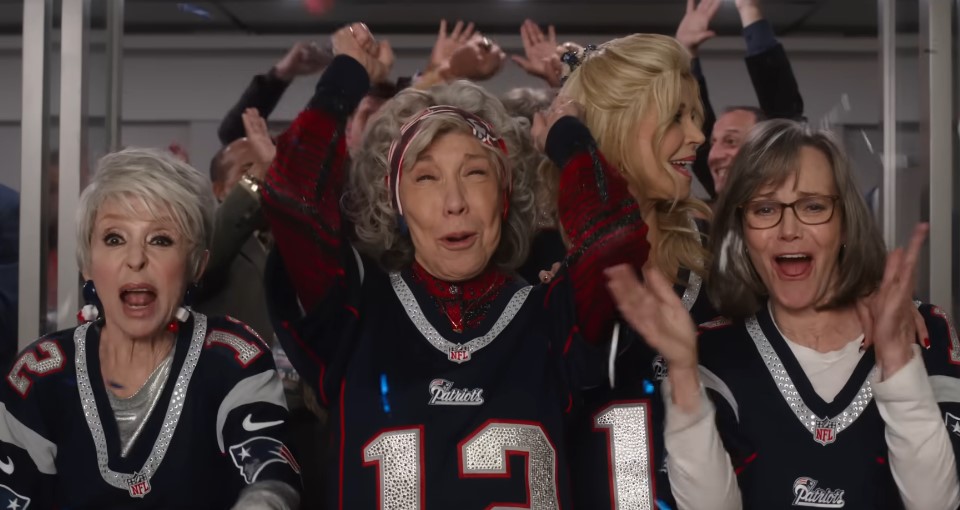 Rita Moreno, Jane Fonda, Lily Tomlin, and Sally Field are all Hollywood icons who have had very storied careers over the decades, and the four have come together to star in a comedy based on a true story.

Watch the trailer for 80 for Brady:

80 FOR BRADY is inspired by the true story of four best friends living life to the fullest when they take a wild trip to the 2017 Super Bowl LI to see their hero Tom Brady play.

Besides Tomlin, Moreno, Fonda, and Field, the movie also has Brady playing himself, and he’s also attached as a producer for the film.

Of course, the movie also has cameos from other prominent celebrities, like Billy Porter and Guy Fieri.

The movie comes from director Kyle Marvin who was also behind the indie movie The Climb. The script from Michael Covino is also said to be based on a draft from Booksmart writers Emily Halpern and Sarah Haskins.

The premise is admittedly fun, and I’m sure a lot of people would enjoy watching the silly clashing of worlds of older women and the testosterone-fuelled industry that is football. Based on what we see from the trailer, we’re also going to be getting scenes highlighting what each of the ladies were famous for (like Rita Moreno who was a fabulous dancer). I just hope the film releasing on ‘dump month’ doesn’t hurt its expected numbers.