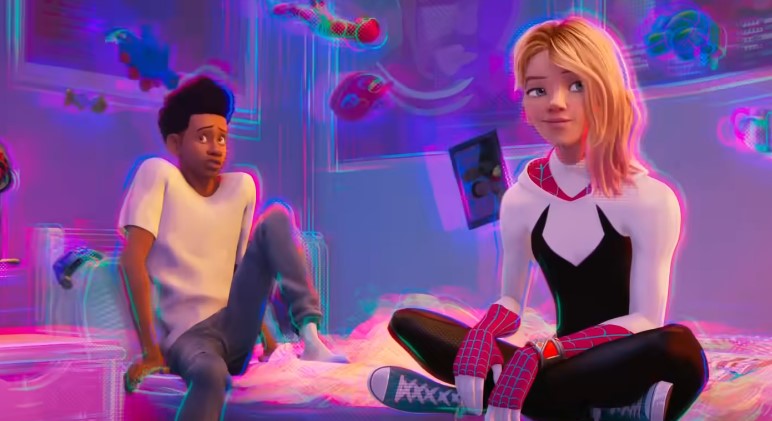 Across the Spider-Verse was originally set to come out last October, but Sony had pushed the release to next year, much to the dismay of the fans. Now it looks like they’re ready to start marketing the film again, and we have a tease for a new trailer next week, and what’s great is, we have a new image of Miles and Gwen to mark the announcement.

A new view from across the #SpiderVerse coming 12.13 pic.twitter.com/lwDDq9BRvn

A romance between the two had been teased by the end of Into the Spider-Verse, and it seems like they’re going to be leaning into it when it comes to this sequel. Though Gwen Stacy is infamously a love interest of Peter Parker, it’s an interesting revamp of the character that Gwen would fall for another Spider-Man in the form of Miles.

Then again, we could be looking at a platonic relationship, and I guess that’s just as meaningful. After all, I don’t expect one of them to give up their reality for the other.

So far, the plot for Across the Spider-Verse has been kept under wraps, but with the material we’ve already seen, we could be looking at some kind of Spider-Verse war between all the variations of Spider-Man. Though we did have a look at the villain the Spot, I think the main antagonist could be Oscar Isaac’s Spider-Man 2099 who we meet in the post-credits of Into the Spider-Verse.

Watch out for the new trailer when it drops on Dec. 13. Spider-Man: Across the Spider-Verse is set to hit theaters on June 2, 2023.