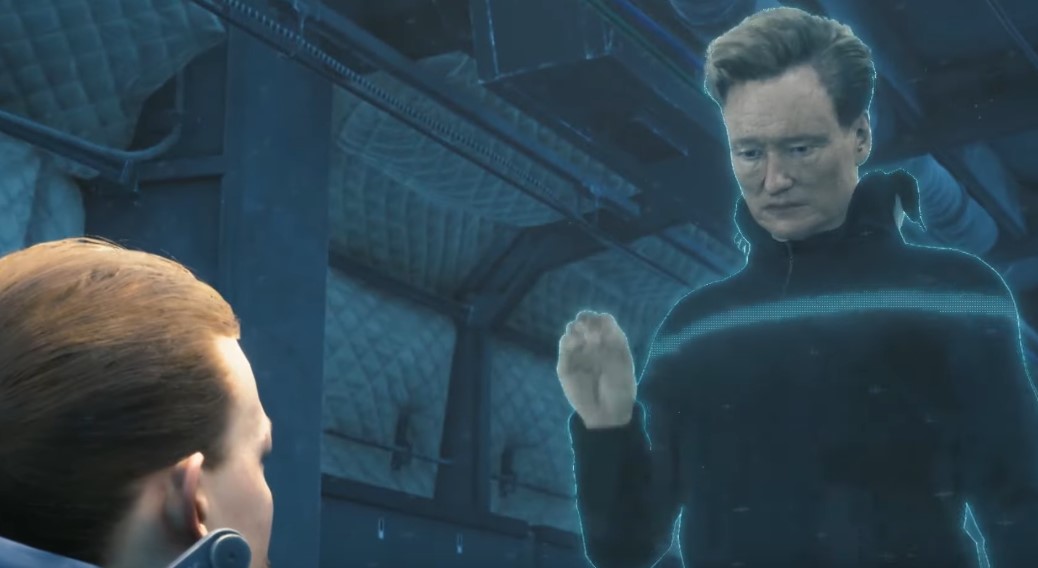 O’Brien revealed this on his show, and he put up a segment where he got to visit Kojima Productions on his trip to Tokyo:

Though it’s still possible that O’Brien won’t be in the actual game, I wouldn’t put it past Kojima to include the celebrity appearance. If anything, he can just make Conan an NPC, and he’ll just give the players a mission.

For now, no one knows what the full story of Death Stranding is, but it’s kind of the main appeal of the game. So far we know that the main character, played by Reedus, is named Sam Porter Bridges, and he works as a delivery man in a post-apocalyptic world being overrun by aliens. We don’t know what the aliens are, or what they can specifically do. Besides, we also have no idea why the show seems to revolve around these weird babies.

If anything, the game looks fantastic, and it’s weird enough to get everybody onboard. Let’s all hope Hideo Kojima scores another home run with Death Stranding when it comes out on Nov. 8 for the PS4.