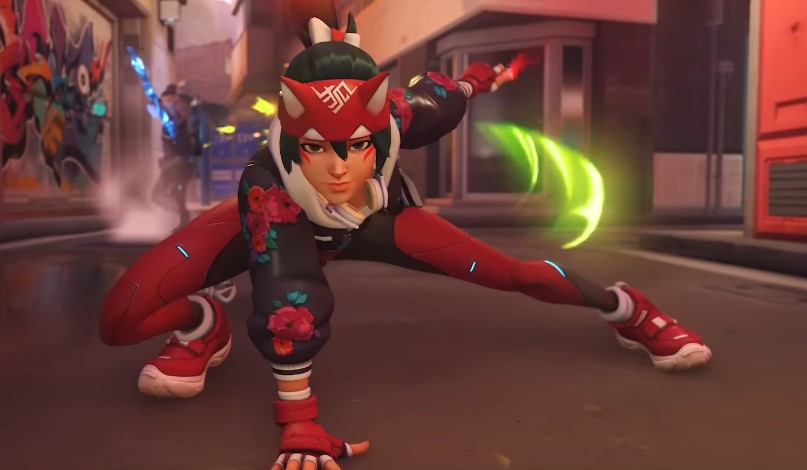 If there’s one thing Overwatch is known for—it’s the waifus, and last week saw the leak of an upcoming hero called Kiriko.

Now Blizzard has decided to officially reveal the old Shimada family friend, and she promises to be quite the new addition to the game. Watch this:

Kiriko is essentially a high-mobility ninja healer that can climb walls and throw daggers. She also has the ability to teleport, and she basically has an ability to cast a temporary immortality field like Baptiste. Her ultimate allows her to summon a ghost fox which will construct a path that will make Kiriko’s teammates invulnerable—helpful for capturing areas and going through choke points.

When it comes to character history, Kiriko was said to be trained alongside the Shimada brothers (hence their similar abilities), and is particularly close with Genji. We know that she’s getting her own animated short soon, but it’s unclear if it’s going to release before the game’s launch.

Admittedly Overwatch has kind of had a fall from grace since its successful launch back in 2016, but Blizzard is willing to pick things up again with the launch of the free-to-play sequel later this October. Hopefully by that point they’ll have fixed most of the problems that are plaguing the first iteration of the game, because now, players who are coming back to it are finding a lot of very strict rules just to keep everyone happy and playing fair.

Overwatch 2 is set to launch for all major consoles on Oct. 4.