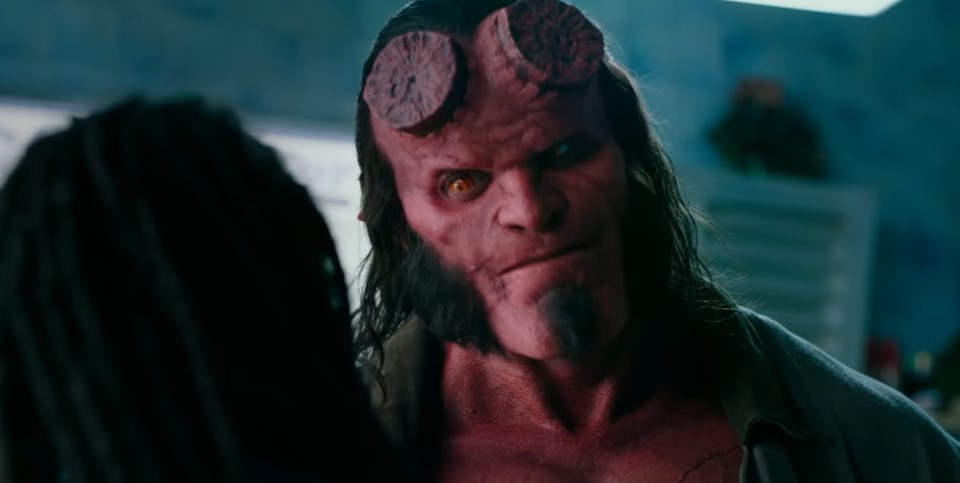 The first trailer for Hellboy was screened at the New York Comic-Con, and it was promised to be dropped online this Thursday. Due to a leak on the official Hellboy page though, Lionsgate has opted to officially release the trailer a day early.

The trailer doesn’t have an official synopsis attached, but it does have this short description for the film:

Based on the graphic novels by Mike Mignola, Hellboy, caught between the worlds of the supernatural and human, battles an ancient sorceress bent on revenge.

I’m actually enjoying this new trailer, and I think their choice of music gives it a whole different feel. David Harbour definitely looks great as the character, and I love how he delivers all of his lines. If I do have one gripe about the look, I just kind of wish they gave him the signature topknot that Hellboy has in the comics.

Talking to Entertainment Weekly, Harbour did have this to say about the film:

“It’s not an origin story, but it’s his coming to terms with where he came from… He’s been Hellboy for a long time, but there’s a new turn of events at the start of the film, where people start to bring up the fact that he might bring about the end of the world, and it’s really the first time he’s heard anything like that. The question that comes up in the movie is where does he really belong?”

Though a lot of people may be griping about the movie online, I think there’s nothing else to do but enjoy the ride. I like Harbour as an actor, and it looks like they put a lot of work in this film. On the bright side, if it flops, I think Lionsgate will then consider giving us the conclusion to the franchise Guillermo del Toro started with Ron Pearlman.