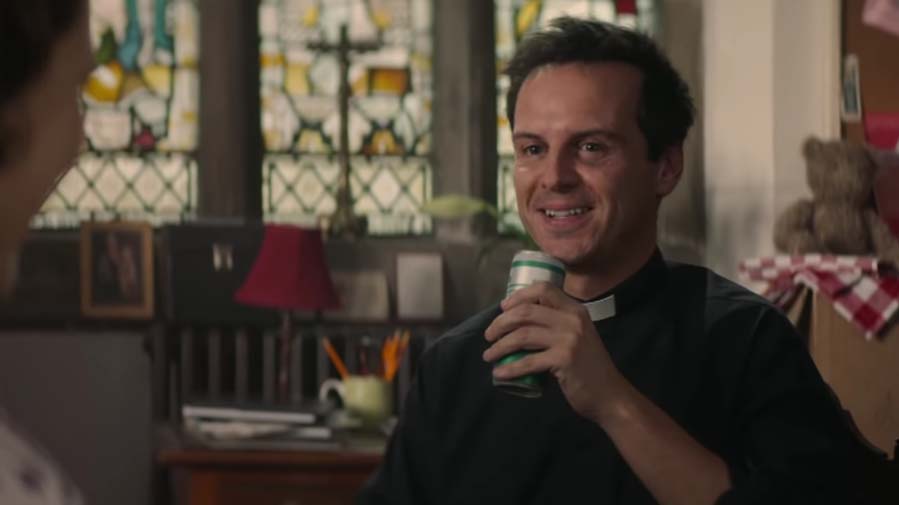 HBO is set to reboot the Golden Compass franchise with their upcoming series His Dark Materials, and the show has managed to gather an impressive cast from James McAvoy to Lin-Manuel Miranda. What’s interesting is the show just announced another cast member in the form of Fleabag 2’s Andrew Scott.

"So I have summoned you here, and you are to fly me northwards”
When Lee Scoresby met Jopari.@Lin_Manuel #AndrewScott#BehindTheScenes #HisDarkMaterials pic.twitter.com/m0Rv6JlzSG

As per Variety, Scott is playing the character Col. John Parry/Jopari in the show. Jopari’s daemon is an osprey, and he made his way into the world of Lyra by accident and reinvented himself to become a famous scholar and shaman.

Most recently, Scott made an impressive performance as the “hot priest” from Fleabag opposite Phoebe Waller-Bridge, but he’s probably best known by Sherlock fans as the nemesis of Holmes, James Moriarty. We don’t know what Scott is going to bring to the table yet, but I imagine he’s going to bring a lot of fun to whoever he’s playing.

Besides Scott and Miranda, the HBO series also has Ruth Wilson playing the part of Mrs. Coulter, and McAvoy is playing Lord Asriel. The lead of the series, Lyra, is being played by Dafne Keen, the breakout star of 2017’s Logan where she played Wolverine’s clone X-23/Laura.

His Dark Materials is one of the supreme works of imaginative fiction for both children and adults published in the 20th century. Northern Lights introduces Lyra, an orphan, who lives in a parallel universe in which science, theology, and magic are entwined. Lyra’s search for a kidnapped friend uncovers a sinister plot involving stolen children and turns into a quest to understand a mysterious phenomenon called Dust. In The Subtle Knife, she is joined on her journey by Will, a boy who possesses a knife that can cut windows between worlds. As Lyra learns the truth about her parents and her prophesied destiny, the two young people are caught up in a war against celestial powers that ranges across many worlds and leads to a thrilling conclusion in The Amber Spyglass.

His Dark Materials is set to hit HBO this coming fall.