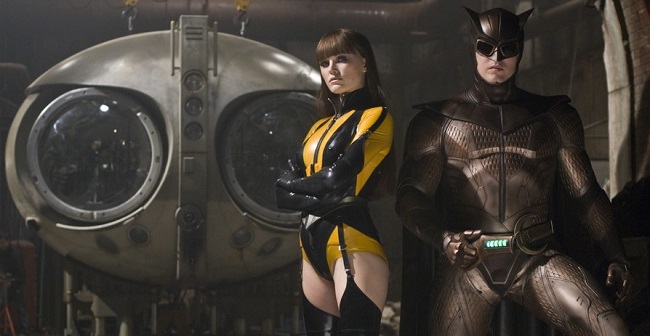 The more we got a look at HBO’s Watchmen, it seemed that the only character they brought back from the original roster was Ozymandias (Jeremy Irons), but the last trailer did confirm the return of Dr. Manhattan. What’s more is, it looks like Jean Smart is exactly who some people thought she was – Laurie Jupiter.

As confirmed by IGN at TCA 2019, Jean Smart, who is playing FBI agent Laurie Blake, is actually former Silk Spectre Laurie Jupiter. The name change is actually interesting, seeing that Blake is the surname of The Comedian a.k.a. Eddie Blake a.k.a. Laurie’s real father a.k.a. the guy who tried to rape Laurie’s mother.

Of course, it seems that Sally Jupiter and Eddie had buried the hatchet years ago, as Laurie’s conception was a result of a deliberate sexual encounter. I guess Laurie herself has had a change of heart when it came to her real father—hence the name change.

With Rorschach somewhat represented by the cult and new character Looking Glass, I guess the only Watchman left unaccounted for is Nite Owl Dan Dreiberg. He’s kind of devolved into just a regular joe, so I’m curious if he’s still walking about when it comes to this modern day take on Watchmen. If Laurie ended up working for the FBI, I doubt she’s stopped contact with Dan. It would be sad if they revealed he’d killed himself or something.

HBO’s Watchmen is set to premiere sometime this October.