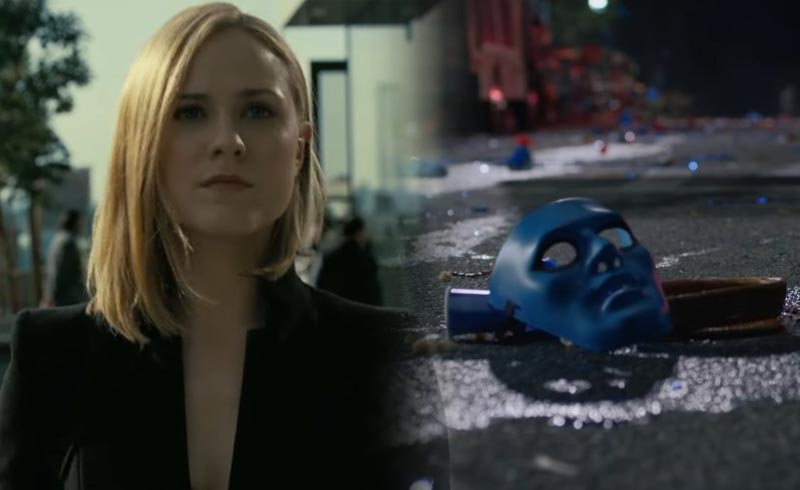 Though Game of Thrones may have gone, HBO still has a great lineup of shows incoming. Thanks to SDCC 2019, we got a new look at Westworld 3 as well as Damon Lindelof’s Watchmen series.

While the first HBO teaser mostly focused on Aaron Paul’s new character, we now have a return of series regulars in this latest preview. It looks like we’ll be seeing more of the outside world this time around and it seems that the park has been retooled to bring us to the WWII era.

The production value for Westworld 3 looks amazing as always, and I think we’re going to be seeing more of these “human vs. robot” interactions this time around.

Just like the Westworld 3 trailer, the first preview for Watchmen mostly focused on the new elements of the series, but the Comic-Con trailer gave us a lot more callbacks to the original. We get a look at one of the original Minute Men, Hoooded Justice, and it’s shown that the world pretty much celebrates the existence of Dr. Manhattan.

If you’ve seen The Leftovers, you’ll notice that Lindelof seems to have a thing with cults, and I’m interested to see what this new group of Rorschachs are up to in Westworld 3.

Westworld 3 debuts on HBO in 2020, and Watchmen comes out this October.