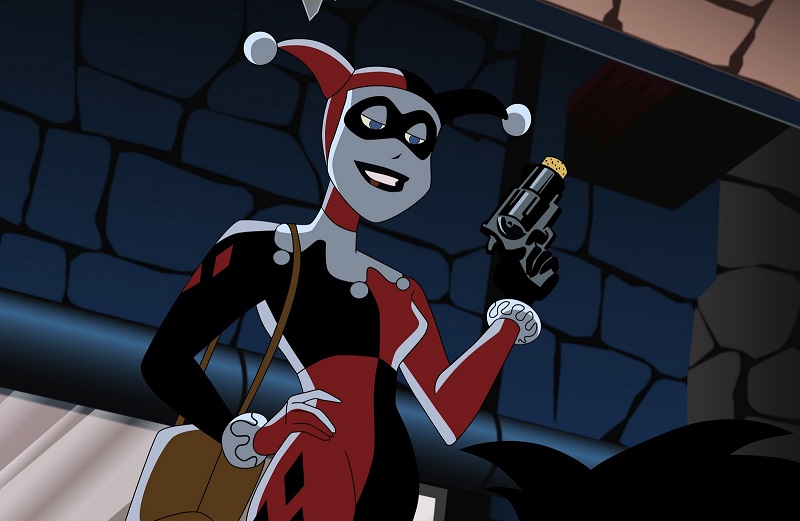 Following the release of the film’s second trailer, some hawk-eyed fans thought they spotted Harley’s iconic get-up. The evidence was blurry at best, but with a squint of an eye anyone could be convinced. During an interview months ago, Margot Robbie revealed she had tried on the court jester costume. Costume designer Kate Hawley has corroborated the actress’ statement, saying the outfit was created, yet didn’t make the film.

“The jester suit has an amazing, powerful quality to it,” Hawley said (via CBR). “We built that. We actually put it on Margot, and she looked amazing. There’s a moment where there’s homage to that very garment. What happens, though, and the way David works – and I’m not speaking out of turn here – and because it’s a very organic quality and he’s writing it as we speak, the weight of things change. There’s beats that you think you can establish an arc within and then it changes again. We have limited beats to show all the elements.”

She also noted that other outfits were crafted for Harley Quinn, but also failed to make the final cut. “There are so many elements and depth to her character. And we built stuff for scenes that aren’t here anymore, and things like that.”

However, the court jester look shouldn’t be counted out just yet. According to Hawley, the Squad carefully chooses their gear and attire. Harley Quinn is no exception.

“They get given their mission outfits out of Belle Reve en route to this mission they are on,” Hawley said. “There’s a delightful scene where they’re all putting on their ‘murderous suits,’ as they call them, because when they put them on, people die. And Harley’s sitting there and you’ll see a moment where she’s putting on all her corsets, so we quote every comic variation of her. It’s her dress-up box. And I feel sure that jester suit is going to come into it because none of us can leave it alone.”

Perhaps there will be a moment where she tries on the iconic look, but quickly dismisses it. We won’t have long to find out. Suicide Squad is just weeks away, as it opens in theaters on August 5.