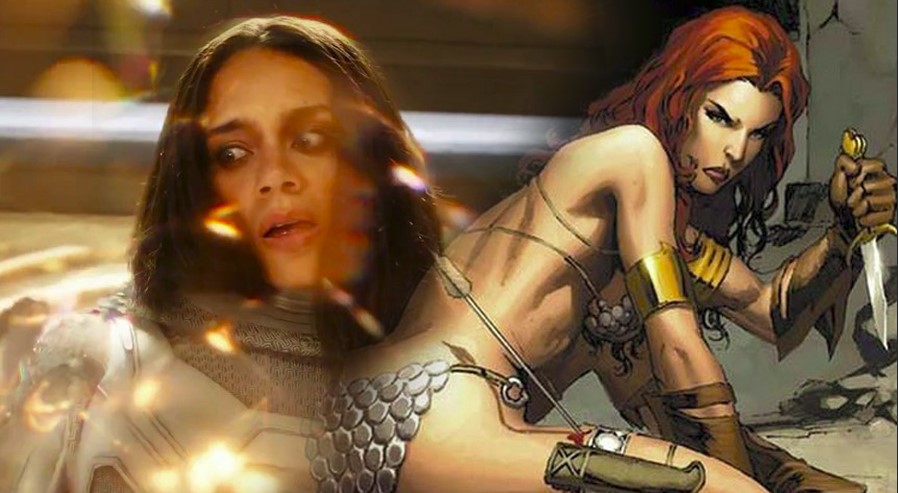 After playing the primary antagonist in Ant-Man and The Wasp, Hannah John-Kamen is now ready to take the spotlight.

As per The Hollywood Reporter, John-Kamen has been cast as the lead of the Red Sonja movie from Millenium. The film will be directed by Joey Soloway, who had this to say about John-Kamen’s casting:

“Hannah is a very talented actress who we’ve been following for years and she IS Red Sonja… Her range, sensibilities and strength are all qualities we have been looking for and we couldn’t be more excited to embark on this journey together.”

It’s worth noting that this project has been in Development Hell for a while, and it even had director Bryan Singer attached to the helm before he was called out by the #MeToo Movement. With John-Kamen cast though, it looks like things are ready to keep moving forward.

In the comics, Red Sonja was a character created by Roy Thomas and Barry Windsor-Smith for the Conan the Barbarian comics, and she had become popular enough to star in her own series. Originally, Sonja was a formidable metal bikini-clad warrior who also had a vow to never lie with a man who couldn’t defeat her in battle. By 2013, she had been rebooted by writer Gail Simone, to remove her history of sexual violence and have her on a quest for revenge on her family’s murderers.

We don’t know how a movie like Red Sonja can work for today’s standards, as the character was intentionally created for male audiences. But hopefully Soloway is up to the task and gives us a tasteful take on the character without taking away what made her so popular in the first place.

No release date has been set for Red Sonja.