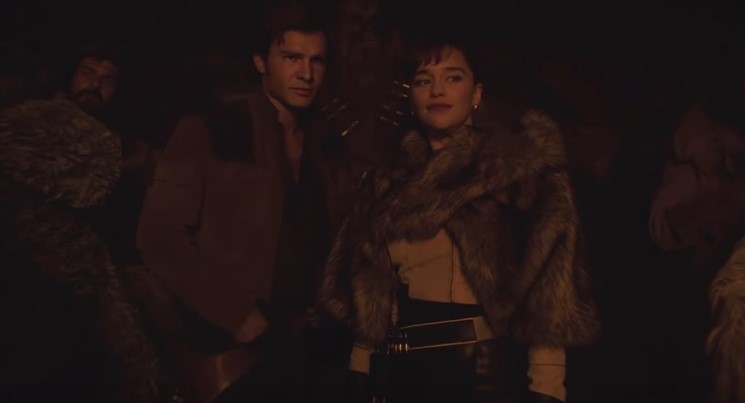 Before Solo: A Star Wars Story came out, there was a lot of backlash at the casting of Alden Ehrenreich because they said he didn’t look enough like Harrison Ford. Ehrenreich still managed to crush the role, but Derpfakes on Youtube has decided to give us a look of what Solo could have looked like if they actually had Ford star in it.

Admittedly, there’s a kind of creep factor to it because we know it’s fake, but I think it actually looks pretty good. Don’t get me wrong, though. I wouldn’t have anyone else play a younger Han other than Ehrenreich; even if they cloned Ford and trained him to act just like him.

It was said from the get-go that the film was not aiming for someone to do an impression of Ford. After all, Han Solo is more of an attitude, and I think that Ehrenreich absolutely nailed it. I’m sure that moving forward with a younger generation of Star Wars fans, there is going to be a camp that will insist that Ehrenreich did a better job than Ford when it comes to fleshing out the character.

We don’t know when we’re going to see Ehrenreich in Star Wars again, but a lot of people are hoping that Lucasfilm moves forward with a Solo sequel. I, for one, loved the film, and I think it’s great to have movies set outside of the main conflict between the Rebellion and the Empire. Bring in more Star Wars underworld films!