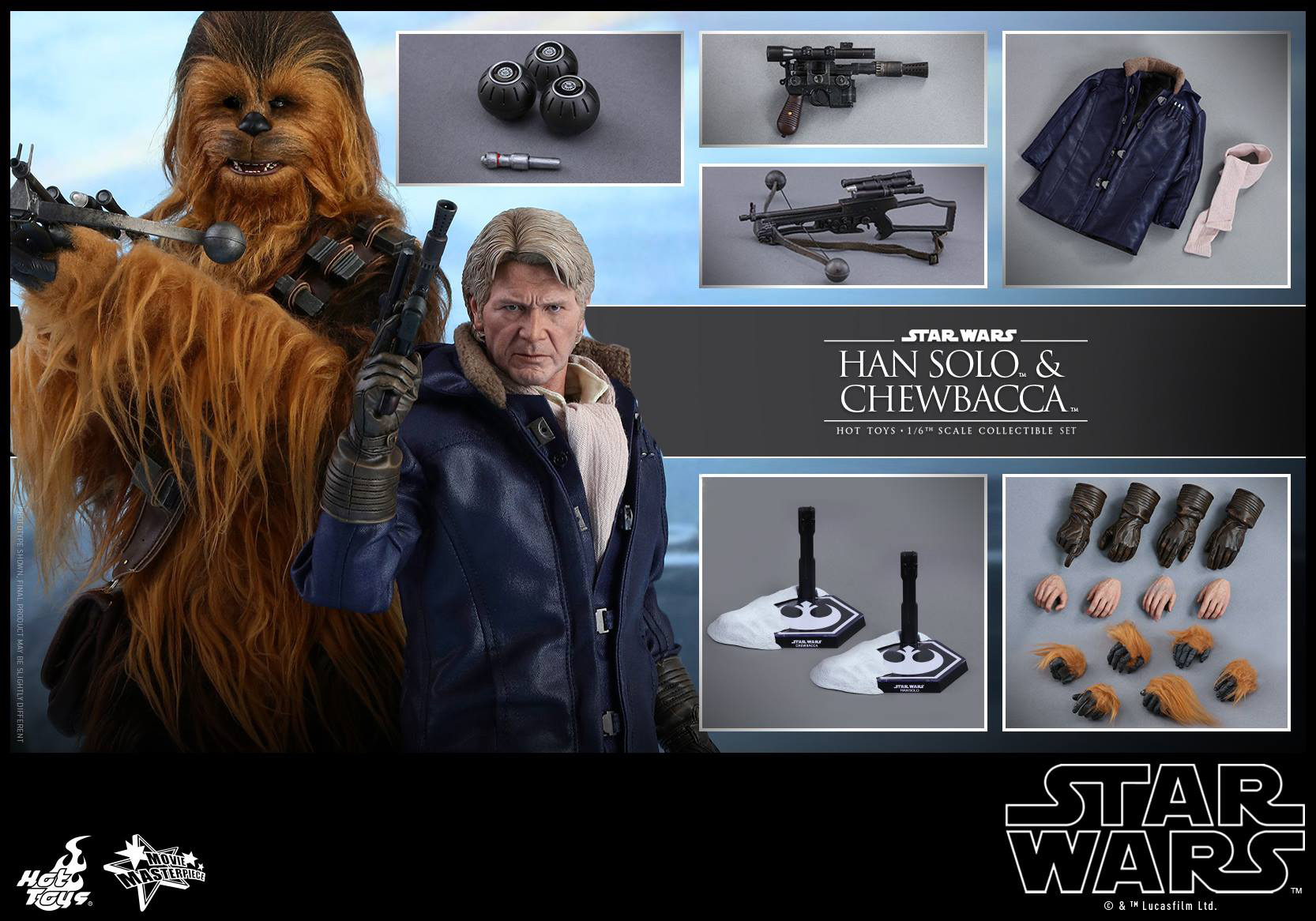 It is one thing owning a bookcase full of various POP Vinyl figures or priding your shelves with epic statues, but all fall victim to the might of Hot Toys action figures. Renowned for their remarkable likeness to the subjects at hand, incredible articulation, and multiple accessories, Hot Toys figures bring collectors to their knees drooling at the mouth.

Well, prepare to be overcome with desire once more when you feast your eyes on the new batch of Star Wars: The Force Awakens Hot Toys figures, no other than the galaxies beloved duo, Han Solo and Chewbacca.

The 1/6th-scale of Han Solo once again showcases Hot Toys’ incredible attention to detail, with the face sculpt bearing an incredible likeness to 73 year old Harrison Ford. That attention to detail extends to the leather jacket Han wore for the majority of last year’s blockbuster, alongside the winter wear he wore for the raid on Starkiller Base — but let’s not dwell on that. Of course, a Han Solo action figure would not be complete without his iconic blaster, which is also included and can be stored in a nice holster, or in the interchangeable hands of the figure.

It is not just that blaster that is Han Solo’s greatest ally, the old furball that is Chewbacca is also pretty important wouldn’t you say? The famous Wookiee has an articulated jaw, various hands, L’Oréal like fabric hair, a bandolier, bowcaster, and a bandage to recreate that scene where Chewie took a hit aboard the Falcon.

Buying these two figures separate is all well and good, but purchasing the collectable set will net you a cool stand, a remote detonator, and a few thermal grenades. Plus, would you really want to separate these two?

Check out images of the figures below:

If you are luckily enough to have a few hundred pounds, and then some, in spare change then you can pick up these amazing figures later on in the year.