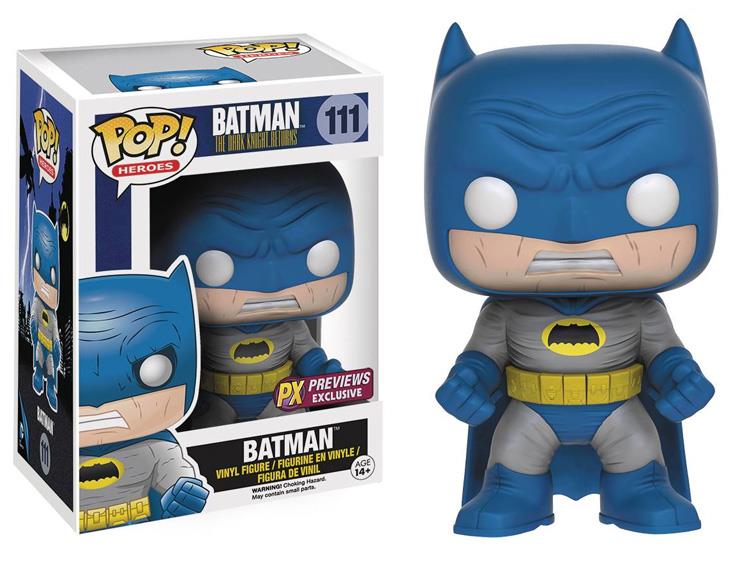 If you are a Batman fan then chances are you have read Frank Miller’s seminal miniseries The Dark Knight Returns. Released in 1986, Miller’s mature and grizzled take on The Dark Knight marked a sharp turn for the character from the campy and bombastic portrayal of the 60’s. It took the comic book space by storm and has influenced many interactions of Batman since.

To celebrate the 30th anniversary of the graphic novel, Funko has announced a new POP! Vinyl Series based on the iconic artwork of Miller and Klaus Jonson. Releasing in July, avid Batman collectors will be able to pick up an elderly Batman, both in the famous black and blue suits, but also unmasked and masked versions in the armour used to take on Superman. Also included in the lineup is Carrie Kelly and The Joker in his menacing white suit.

You can check out images of the figures below.

There is no word yet on whether Miller’s take on the Man of Steel or the Mutant Leader of the graphic novel will also get the POP treatment, but until then these long overdue figures will take pride of place in any collector’s lineup of figures. Chances are these will sell out fast due to how beloved The Dark Knight Returns is, so be sure to be quick in adding these to your basket when they release.