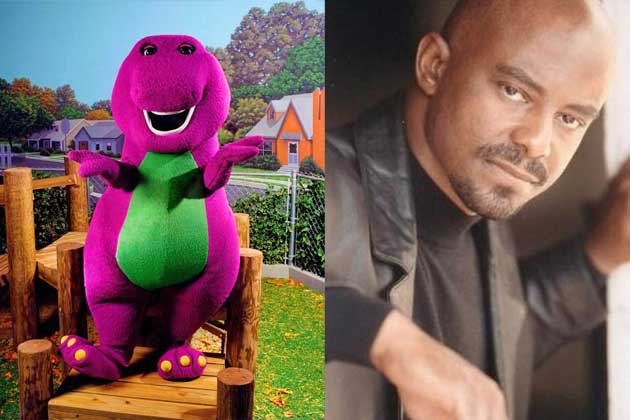 What do you want to be when you grow up? Most of us just want to be able to function in society, but for Barney, well at least the guy who played Barney he left the world lullaby’s and joined the world of sex by opening his own tantric massage practice.

You may not have known back then, but the guy behind the Barney masks name was actually David Joyner. Joyner played the lovable purple Tyrannosaurus rex from 1991 to 2001 and in a recent interview with Vice, he actually talked about his transition from his dinosaur days to his adult days now.

Now you may wonder what lead someone from doing kid-friendly shows to owning a massage practice and Joyner doesn’t skimp on the details. In fact, he actually says they have a specific similarity – how to handle the heat.

A practice most people know of thanks to the famous practitioner, singer Sting, tantra is a meditative approach to sex and healing and according to Joyner his tantra training actually helped him through the long days on set where temperatures inside the Barney costume could reach 120 degrees.

“A lot of the elements of Barney were a lot of the things I was training within tantra,” he said, adding, “I always said it was never an accident, and that I was meant to do this character. The energy I brought up [while] in the costume is based on the foundation of tantra, which is love. Everything stems grows, and evolves from love,” he said.

Stephen White, who wrote for Barney from 92′ to 2005 told Vice he learned about Joyner’s career much like everyone else but wasn’t surprised by it.

“I did know David was a very spiritual guy, very positive guy—he radiated energy. He was a positive person to be around,” White recalled.Adding, “I thought it was an interesting transition for Barney. It’s kind of still the ‘I love you, you love me’ deal, but different.”

Joyner didn’t quit acting after Barney to open a massage parlor immediately, he actually kept acting and moved to Los Angeles where he’s appeared on shows such as Shameless, That 70’s Show, ER, 24 and The Young and the Restless, but it’s the role of Barney he’ll never forget.

Honestly, we’re kind of happy that chapter is gone. We didn’t really grow up on Barney, but we did babysit kids who would have us watch it on repeat and when you’re a teenager having to watch Barney is almost a new form of torture because the song which you can view below is one you won’t get out of your head anytime soon.