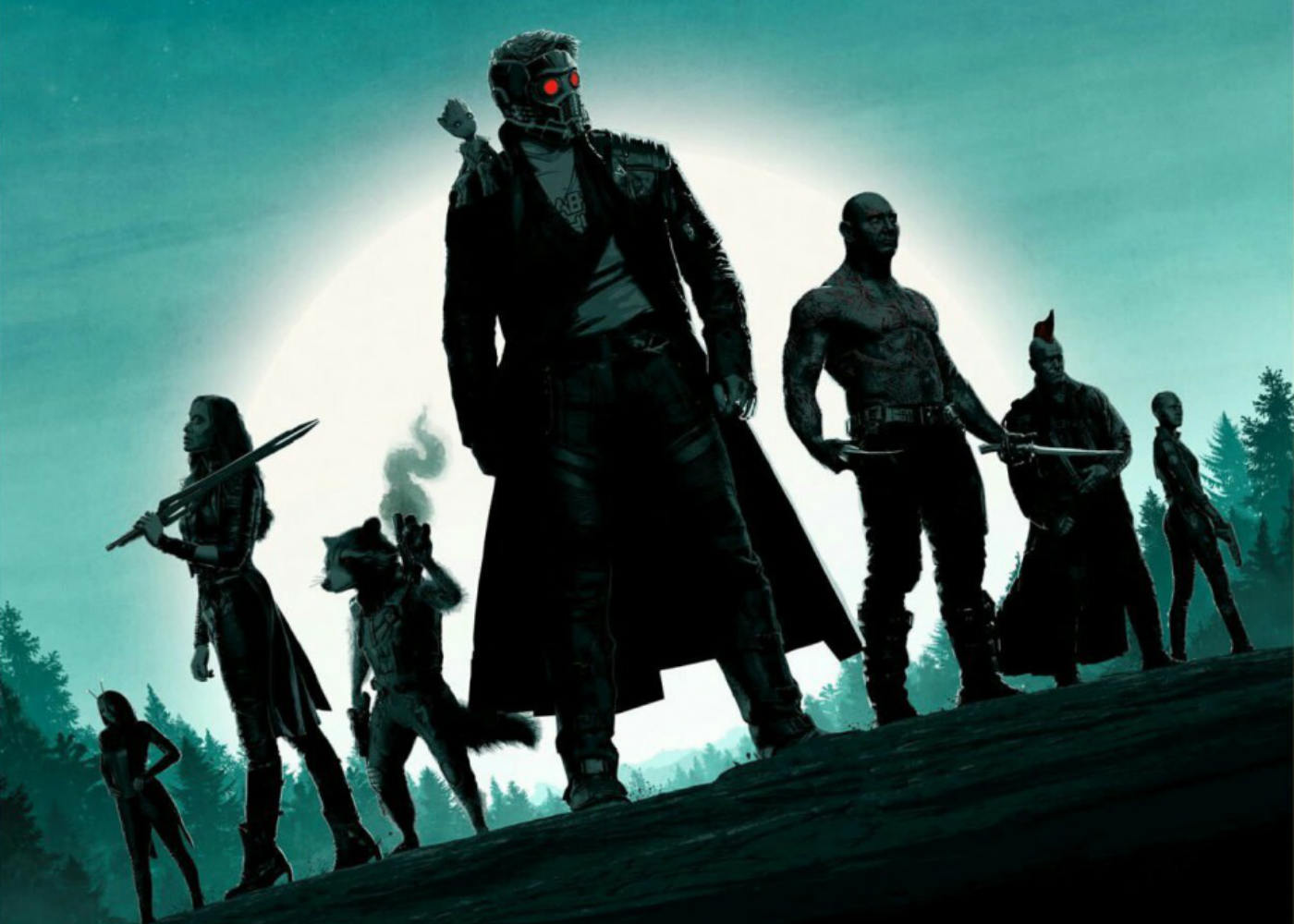 *HUGE SPOILERS FOR GUARDIANS OF THE GALAXY: VOL 2. OBVIOUSLY*

By their very nature, Marvel’s Guardians of the Galaxy find themselves in a very obscure and off-beat corner of their Universe. Which means that a lot of people were probably very confused by Guardians of the Galaxy: Vol 2‘s numerous post-credits stingers. Some of them were just for fun, others contained teases for future movies and others possibly confirmed long-held suspicions about the very nature of the MCU. But there’s no need to worry if you don’t know what an “Adam” is or if you were confused as to just who Ving Rhames was playing. We’re here to break down each post-credits scene, one-by-one.

Let’s tackle them in chronological order;

After the hard-hitting death of Ravager leader Yondu, we find his second in-command Kraglin (played by director James Gunn’s brother Sean Gunn) practising with Yondu’s whistle-controlled arrow which was found and re-assembled by Rocket after the film’s final battle. Really, this post-credits scene is more of an extended gag at the expense of Drax. Kraglin was a one-off villain from Marvel’s “Tales to Astonish #46” back in 1963 and was defeated by Ant-Man and the Wasp so this isn’t a reference to Kraglin taking Yondu’s mantle or anything.

But it’s still a fun sequence and possibly hints at Kraglin becoming a prominent member of the Guardians in future instalments, much to Drax’s chagrin.

This is easily the juiciest post-credits stinger, but also the most confusing for non-fans. Yondu’s Raveger funeral gathers hundreds of lifeforms to commemorate his life, one of whom is Stakar played by Sylvester Stallone. So inspired by Yondu, Stakar decides to reunite his old team-mates to form their own group and this group is comprised of Martinex (played by Michael Rosenbaum), Charlie-27 (Ving Rhames), Aleta Ogord (Michelle Yeoh), Mainframe (voiced by Miley Cyrus) and Krugarr.

Don’t worry, it’s okay to have no idea who any of these characters are.

Basically, the current incarnation of the Guardians comprised of Star-Lord, Gamora, Drax, Rocket and Groot have only been a part of the comics since 2008. Before then, the Guardians were formed in 1969 and the characters we see Stakar unite at the end of the movie are the original team from that initial run of comics (sans Yondu, who was also a part of that team).

In the comics the founding members of the group were Yondu, Martinex; a genetically engineered human designed to survive on the planet Pluto and Charlie-27; a super-soldier genetically engineered to fight on Jupiter. They formed together to battle an evil race known as the Badoon (who were the original antagonists of the first movie before James Gunn realised that 20th Century Fox owned the rights to the Badoon) and during their battles acquired team-members Stakar/Starhawk; a half-human half-machine who can manipulate light and can fly at the speed of light and his wife Aleta who also has a similar power-set. As for Krugarr, he’s a sorcerer and acted as Doctor Strange’s apprentice in a Marvel Comics alternative future and Mainframe is an alternative version of The Vision from the far-future who became the O.S. of an entire planet and became the guardian of Captain America’s shield.

It’s highly highly unlikely that any future MCU movie will cover all of these bases for these characters, but with Sylvester Stallone having signed a multi-picture deal with Marvel Studios, it’s possible that we could be getting an alternative version of the Guardians after Guardians of the Galaxy: Vol 3 or perhaps appearances in Avengers: Infinity War.

Our next post-credits scene finds Sovereign High Priestess Ayesha despondent about being unable to defeat the Guardians. However, she reveals a new hibernation pod which promises to create a lifeform that can finally put an end to them. She names it…”Adam”.

Marvel fans will recognise that name as belonging to Adam Warlock, a character created by Stan Lee and Jack Kirby in the 1960s who has had ties to almost all corners of the Marvel Universe including the Fantastic Four and Thor but in recent years he’s been affiliated with the modern incarnation of the Guardians of the Galaxy. In the comics Adam was originally created by humanity intended to be the perfect human, but he rebelled against his creators and quickly left earth for the stars where he was given the name Warlock by the High Evolutionary (whose history would require another article’s worth of content) and was also given the the Soul Gem Infinity Stone.

Interestingly, James Gunn has recently revealed that Adam Warlock was originally going to be a key player in an early draft of Guardians of the Galaxy: Vol 2 but he was cut as the film was getting crowded. Adam has also been one of the few characters to defeat Thanos in the comics, so who knows as to whether or not he’ll play a similar role in future movies.

This scene is rather self-explanatory. Fans of Baby Groot might be disappointed to see that he’s grown up into an anti-social teenager, but at least fans won’t have to put up with his vines all over the ship unlike Star-Lord.

As Rocket, Groot, Yondu and Kraglin are travelling to Ego’s Planet they pass comic-book legend Stan Lee surrounded by freaky looking figures in blue cowls. Those bald, tall creatures are known as the Watchers; characters in the Marvel Universe who (as the name suggests) watch over all of creation in order to compile all possible knowledge. They surround Stan Lee in a spacesuit who talks about the time he was a FedEx delivery man in Captain America: Civil War, which seems to suggest that Stan Lee has been playing the exact same character in all MCU movies.

It’s also worth noting that Stan Lee is credited at the end of the film as “The Watchers’ Informant”, which heavily implies that he’s been assigned by the Watchers to observe Earth and report back, though the Watchers don’t seem impressed by what he has to say.

Fans have often joked that Stan Lee was playing a Watcher in the MCU and it seems that those fan-theories have been half-proven in Guardians of the Galaxy: Vol 2. He may not be a Watcher, but he’s seems to be heavily involved with the race to some degree. Whether or not this is just a one-off gag or something that might pay-off in future films (Stan Lee has already filmed numerous cameos directed by James Gunn for future MCU movies) remains to be seen, but this is still quite a big revelation for the MCU and a great Easter Egg for long-time viewers.

And that’s the five post-credits scenes in Guardians of the Galaxy Vol 2. We hope you got a lot out of this guide and we hope you check out our review of the movie! Bring on Spider-Man: Homecoming this July!