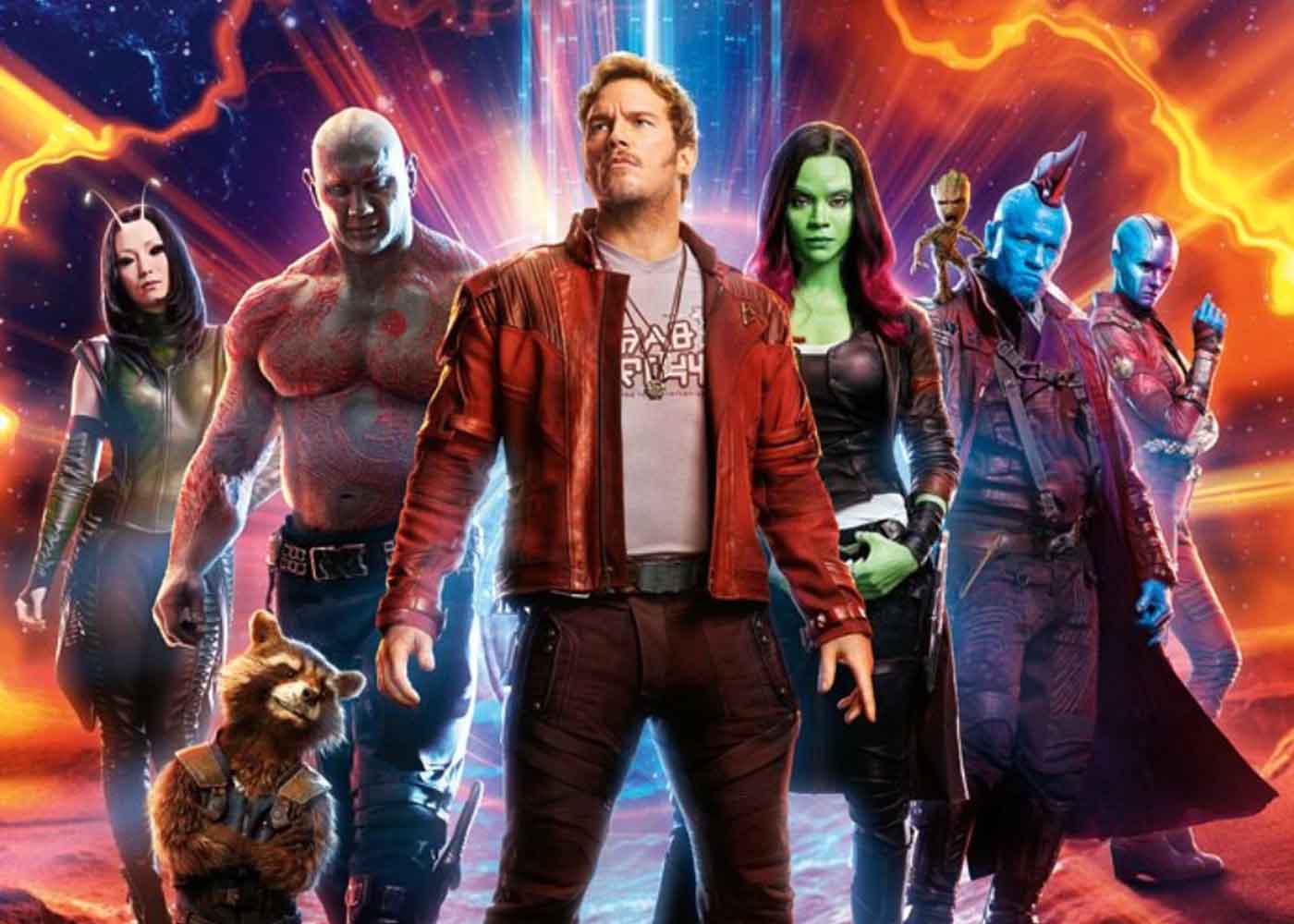 You know that feeling you get when you tip a packet of space rock popping candy onto your tongue? Guardians of the Galaxy Vol. 2 is the cinematic equivalent of that, for two joyous hours. A dizzying kaleidoscope of crackling dialogue, thrilling bursts of kinetic energy, and a sugar rush of adrenaline. In short, it’s pretty damn sweet.

On that same tack, there’s also a mysterious, lighting in a bottle ingredient that worked so well on the first mix-tape; chemistry. In that regard, Volume 2 once again soars, with the interaction between this rag-tag group of characters even stronger than when we fell in love with them first time around. It was this refreshing antidote to the mechanics of the Marvel jigsaw puzzle that made Guardians of the Galaxy such a monster hit.

We’re reunited with Peter Quill, aka Star-Lord (Chris Pratt), and the Guardians – Drax (Dave Bautista), Rocket Racoon (Bradley Cooper), Gamora (Zoe Saldana), and Groot (Vin Diesel) – as they’re running from a new group of enemies, with Rocket having stolen something outside of an agreed contract. Also hot on their afterburn is Yondu (Michael Rooker), who has been hired to track down his former protégée by the wronged party.

When the group are saved by a suave space pilot named Ego (Kurt Russell) who claims to be Peter’s father, they become spread across the galaxy, resulting in a race against time to discover the identity of Star-Lord’s lineage.

From the absolutely wonderful opening credits, character is the precedent for Volume 2, as the ridiculously cute Baby Groot gets a Travolta style introduction, all whilst the tentacled beastie smackdown takes place on the periphery of the screen. It’s indicative of the film as a whole; inventive, extremely funny, and never losing focus on the heart of the story, the Guardians themselves, despite the impressive, hyperactive visual canvas upon which they play.

The emotional connection, between the characters and the audience, is what drives the main plot threads. Whereas the other Vin Diesel franchise throws around the word “family” with little weight, the few times it’s mentioned here, it means something, and boy does it resonate. This is particularly evident in the relationship between Peter and his father, played with an infectious enthusiasm by Kurt Russell. For so many reasons, comedic and affecting, the two actors convince with their paternal bond, with a ludicrous game of catch one of the stand-out belly laughs in a film littered with them.

It’s hard to imagine there being a comedy as packed with hit-the-target zingers as Guardians 2 manages to squeeze into its full-to-the-brim script. There are Mary Poppins gags, David Hasselhoff nods, and the use of Cheers as a cultural reference point with which Quill and Gamora discuss their ‘unspoken’ relationship troubles, is simply inspired. The whole film is flat out the funniest movie of the last year.

MVP honours must once again go to Dave Bautista, with pretty much every single one of his lines landing perfectly. Drax’s interactions with impressive newcomer, Pom Klementieff, as the insectoid Empath, Mantis, are wonderfully written. It’s comedy with pathos and laughs in equal measure.

There’s almost too much to recommend in the colour flecked viewfinder. We’ve not even mentioned Sylvester Stallone, the development afforded to Rocket Raccoon, or the five, count-em five, end-credit stings. There’s so much left for you to discover.

Perhaps the only downside might be the CGI splurge of the final act, but it’s peppered with laughs, and by then Volume 2 has established its comic-book panel come-to-life visual palette, so your eyes have adjusted to the multitude of colours and moving parts.

Surpassing the first film in almost every aspect, bar the initial freshness of the exposure to James Gunn’s stunning universe, and giving Zoe Saldana the kind of action beats fans had been begging for, Volume 2 doesn’t so much raise the bar, it whistles at it in order to send it spinning around your head.