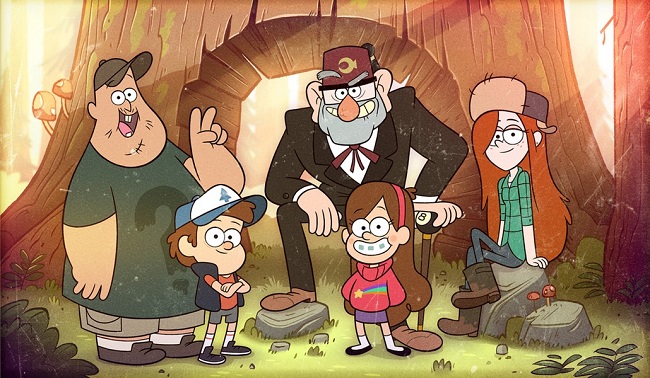 Alex Hirsch’s Gravity Falls had ended way back in 2016, and Hirsch has since moved on to work on something for Netflix. With Pride Month getting kickstarted with June, Hirsch had some shade to throw at corporate Disney on Twitter.

In a post where Disney wants to celebrate Pride Month, Hirsch retweeted with the caption:

We don’t know what scene Hirsch could be talking about, but it’s likely that he’s addressing the two cop characters Durland and Blubs who are portrayed to be very close in the show, with the finale vaguely confirming their romance.

If anything Hirsch is calling his fellow Disney TV creative to action, with a follow-up post that says:

To any creative at Disney TV, Feature, Publishing or Streaming: please mercilessly spam your execs with “there’s room for everyone under the rainbow” next time they tell you to “please revise” your LGBTQ+ character for “not being Disney appropriate”

Though Disney claims to be an LGBT-friendly corporation, the IP that they release with supposed LGBT representation is either incredibly subtle about it or has scenes that are small and easy to edit out. Raya and the Last Dragon may have been drowning in queer subtext, but god forbid two women who have been flirting with each other the whole film share a kiss at the end.

To Disney’s credit, they have been taking these baby steps, but unless they are willing to lose some countries in the foreign market, it looks like representation has a long way to go.

For now, you can catch Hirsch’s Gravity Falls on Disney+. He also provides the voice of King in Disney’s The Owl House.