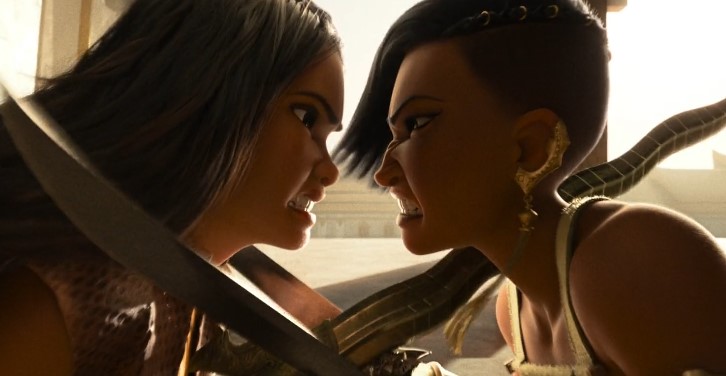 [SLIGHT SPOILERS FOR RAYA AND THE LAST DRAGON]

Though Disney is known to be on the more progressive side of things, the studio has been taking very small steps when it comes to onscreen representation like the lesbian cop in Onward and the same sex kiss in The Rise of Skywalker. With Raya and the Last Dragon though, a lot of fans were convinced that there is a romance going on with lead characters Raya and Namaari, and Raya voice actress Kelly Marie Tran has hinted that  her character can in fact be gay.

If you’ve watched Raya and the Last Dragon, you’ll know there is some kind of flirty energy between Raya and Namaari, and fans online had picked up on it and have been posting up all of their reactions.

raya and namaari serving childhood friends to enemies to lovers trope so true of them#RayaAndTheLastDragon pic.twitter.com/IJcStQqqQM

Tran was asked by Vanity Fair about the relationship to which she expressed that she does feel that there were ‘some romantic feelings going on there.’ She further adds:

“I think if you’re a person watching this movie and you see representation in a way that feels really real and authentic to you, then it is real and authentic… I think it might get me in trouble for saying that, but whatever.”

Admittedly Raya and Namaari’s relationship is something more of a ‘read between the lines’ romance. While the two are enemies turned friends on the surface, the two have dialogue that is oddly flirty, what with them calling each other Dep la which means ‘friend’ in the novelization, but is derived from the Vietnamese word dep which translates to ‘beautiful.’

Seeing that Disney is trying to strike that balance between conservative and progressive, it’s likely we’ll never get something like a kiss in a sequel, but with cartoons like Steven Universe breaking barriers and Disney’s own Owl House featuring a bisexual lead, it’s only a matter of time before we get an openly-gay Disney princess.

Catch Raya and the Last Dragon now in select theaters and on Disney+.