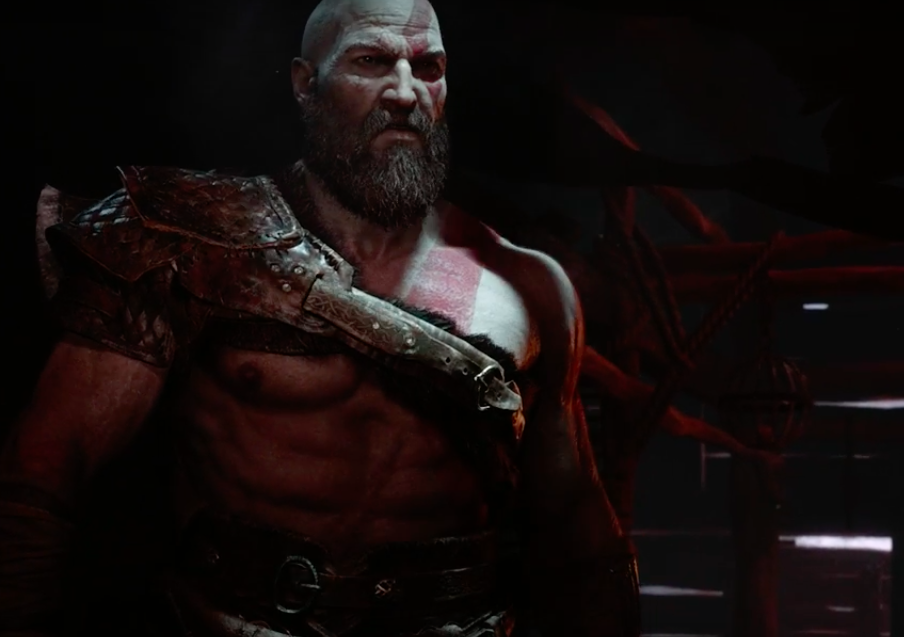 Sony killed E3. That out of the way? Yes? Good. Kratos is back! God of War is back and it’s looking better than ever, and not just because of the new hardware it’s running on. Kratos is older, has a kid that he’s (kind of) fathering, and is still out there on the grind destroying beasts and taking names. But enough talk, we’re going to take the Shawn Layden approach and just let the game speak for itself.

Sony Santa Monica has topped themselves, the game seems to have more of an open area approach, likely akin to what we’ve seen with Uncharted 4/The Last of Us, maybe even a bit more open like the newer Tomb Raider titles. There also seems to be an upgrade and level up system, which would be new to the series.

Kratos is seen teaching his son the ways of the warrior, by taking him on a hunting adventure, having him join in on an awesome boss fight, and then noting that he is “ready.” Ready for what? Kratos answered that, as well. This child, like the gamers that have grown up with the franchise, is ready for “a new beginning.”

It appears as though the title will indeed go along with the rumored Norse mythology take for the series, and of course it looks to certainly nail it.

God of War has no release date, but it’s likely to launch sometime in 2017.