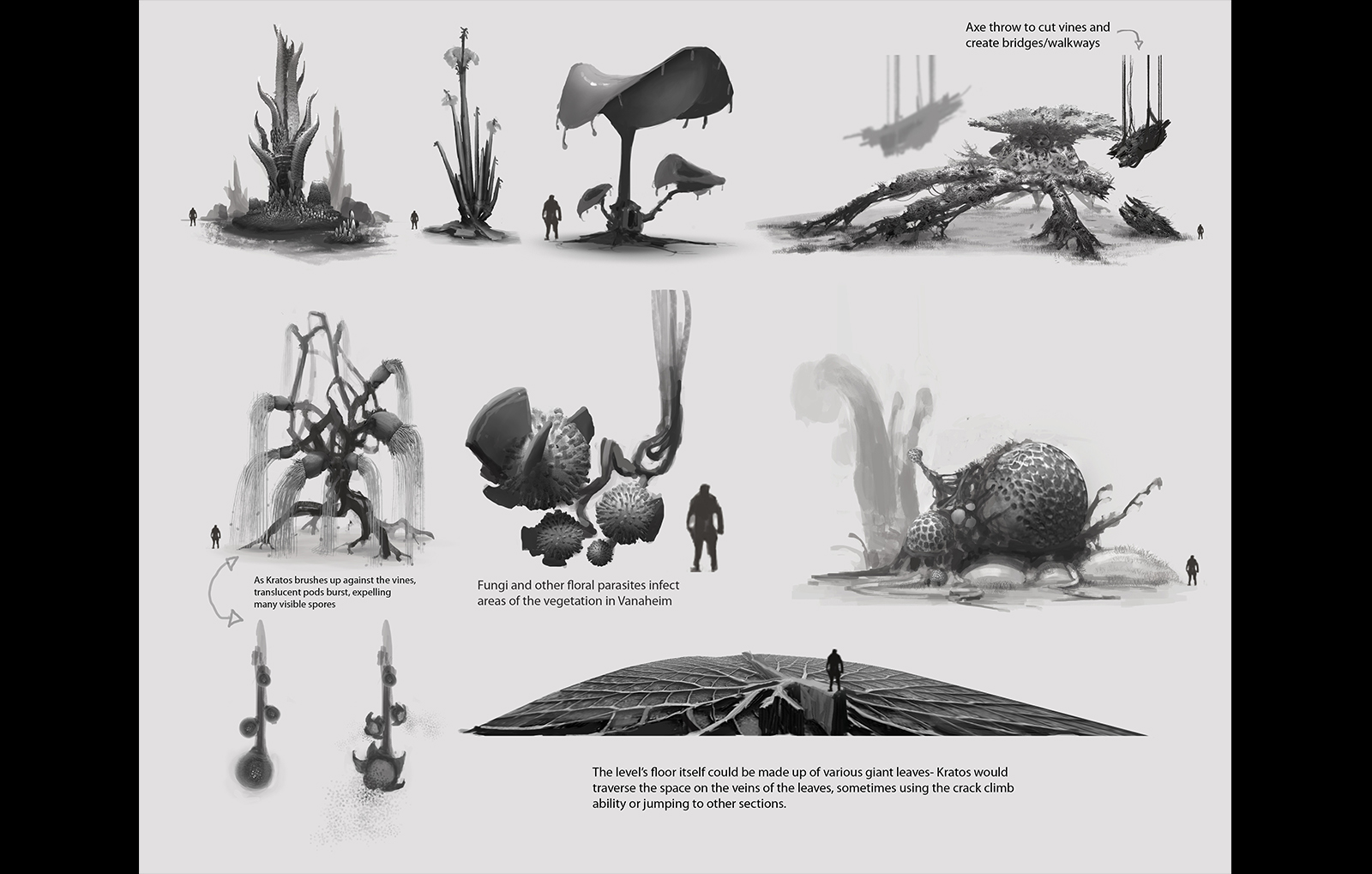 Could Sony Santa Monica’s next entry into the God of War series leave behind its Greek roots and take on Norse Mythology? Concept art leaks from NerdLeaks seem to suggest as much. Posted in a thread on NeoGAF, the concept art can be viewed below and depicts a player character, which according to the art is Kratos, and various other designs of landscape, puzzle rooms, statues, and artifacts. The leak comes by way of industry insider Shinobi602, who just last week leaked the potential new Call of Duty setting and confirmed the Mass Effect Andromeda leaked footage is from a 2014 build.

It should be noted that NerdLeaks, where the art was taken from, has been taken down as of this post. This seems to indicate the validity of the work. Not much else is known about the impending God of War 4. Sony Santa Monica has been mute except for the game’s creative director, Cory Barlog, confirming the title was in development, but still years away at E3 last year.