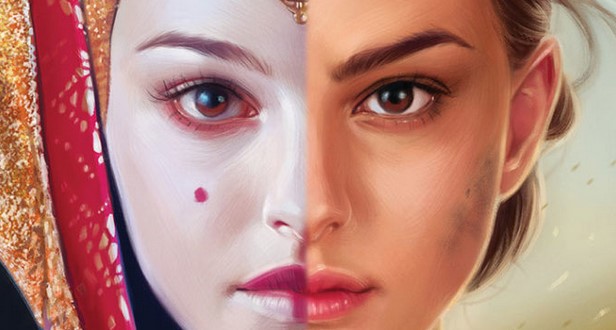 We’ve officially come into the month of May, and in a few days, Lucasfilm will be celebrating Star Wars Day. What’s great is, they’re offering some special deals on items, and you ca get a free book in the form of E.K. Johnston’s Star Wars: Queen’s Shadow.

As per StarWars.com, Star Wars: Queen’s Shadow the e-book will be available for free from May 1–8. The story is set after the events of Star Wars: The Phantom Menace, and will follow the story of Padme as she transitions from queen to senator of Naboo.

When Padmé Naberrie, “Queen Amidala” of Naboo, steps down from her position, she is asked by the newly-elected queen to become Naboo’s representative in the Galactic Senate. Padmé is unsure about taking on the new role, but cannot turn down the request to serve her people. Together with her most loyal handmaidens, Padmé must figure out how to navigate the treacherous waters of politics and forge a new identity beyond the queen’s shadow.

The book has generally received great reviews when it was released and definitely gives us a good look at the political climate of the Prequel Era. While some would like to complain about that element in the films, Johnston is said to have a good hand at making the topic interesting, and she even makes use of several EU characters from The Clone Wars.

It’s also worth noting that the book delves into themes on feminism and women in politics, and you can see them when Padme is not taken seriously because of her age and gender.

For more May the Fourth deals, you can look here.

Star Wars: Queen’s Shadow will only be free until May 8.