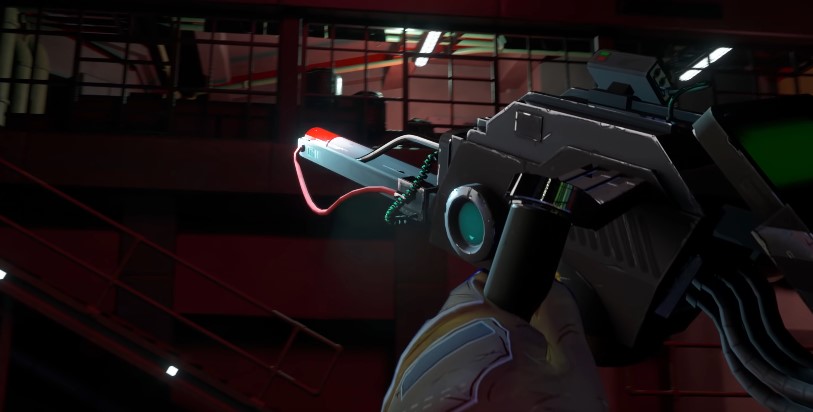 Sony may have fumbled in relaunching the Ghostbusters franchise back in 2016, but they managed to get everyone hyped about Ghostbusters again with the release of Ghostbusters: Afterlife. Now we’re getting reveals for more tie-ins, and we just go a teaser for Ghostbusters VR.

Who they gonna call? You!

Strap on your proton pack and Meta Quest 2, and step into the world of Ghostbusters in immersive virtual reality.

Start your Ghostbusters HQ in a new city, San Francisco, and solve a deep mystery across a new chapter in the Ghostbusters universe.

Track, blast, and trap ghosts in gripping encounters by wielding iconic equipment. Go it alone, or as a team with up to three friends, in an extensive and engrossing co-op campaign. Continue the Ghostbusters’ legacy, protect the city from fiendish ghosts, and experience all the humor and frights from the beloved franchise.

We don’t know if we’re looking at gameplay yet, but it does give us a good idea of what the game could feel like, as well as a look at some of the other characters. I’ll admit, the ghost in the teaser seems to look more Monsters Inc. than Ghostbusters, but I’m sure they’ll try to up the spook factor when it comes to the next trailer.

While there is a signature look for the proton pack, I’m expecting this game to come up with an arsenal of different gadgets that would help players bust ghosts. Say what you will about 2016’s Ghostbusters, at least they brought in some new weapons besides the usual neutrona wand.

For more info on the game, you can check the official site here.

No release date has been set for Ghostbusters VR, but it will launch for the Meta Quest 2; hopefully sometime later this year.